The design phase of a plan to demolish and replace Plymouth’s Fire Station 2, and add more space to Fire Station 3, is nearing completion.

“When we started staffing the station overnight, we literally had to empty out storage closets, offices, we cleaned out part of a training room, and we replaced those functional areas with beds,” Plymouth Deputy Fire Chief Dave Dreelan. “So the crews are actually sleeping in spaces that were never designed to be slept in.”

Renovating Fire Station 3 — along with adding an additional 7,000 square feet of space to make room for new living quarters — is one of the goals of Plymouth’s Deputy Fire Chief Dave Dreelan.

He’s part of a team that’s helping to map out how big Fire Stations 2 and 3 need to be, where the walls should go, and where to put all of the equipment. 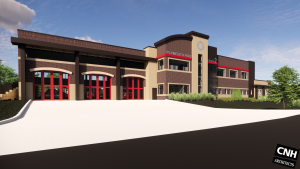 Over the past few years, the Plymouth Fire Department switched to a hybrid staffing model made up of paid-on-call and full-time firefighters. The change allows Plymouth firefighters to be on staff 24/7 and significantly reduces response times.

The construction projects are meant to accommodate the fire department’s 24/7 staffing model.

“There’s nothing extravagant regarding the stations,” Dreelan said. “We’re really bringing them up to current best practices and to provide a safe environment for the firefighters to live and work in. So I can assure you that the committee has been very careful to make sure that we’re not putting anything in the stations we truly don’t need.”

The next opportunity to provide feedback will be a public meeting on Nov. 5. That meeting will focus mostly on the redesign of Fire Station 3. 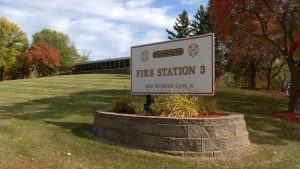 Fire Station 3 has served the City of Plymouth since 1989.

Dreelan says on Nov. 10, the committee will update the Plymouth City Council on the plans. That day will also mark the beginning of a 30-day public comment period. On Dec. 8, the committee will go back to the city council to ask permission to go out for bid on the project. If they get the go-ahead from the council on that, bids would be due back in mid-January

If all goes according to plan, the projects will begin in April of 2021.

For more information on the projects, and to register for the Nov. 5 public meeting on Fire Station 3, you can go to the City of Plymouth website.