Sen. Amy Klobuchar and Rep. Dean Phillips introduced legislation in the U.S. Senate and U.S. House on Tuesday to rename the post office on Minnetonka Avenue South in Ramstad’s memory.

The rest of the Minnesota delegation cosponsored the legislation, as did two lawmakers from North Dakota, who represent the area where Ramstad was born.

“Minnesota has lost a friend and hero,” said Sen. Amy Klobuchar in a press release. “He was a faithful public servant whose personal struggle with addiction guided his life’s work to help those struggling with substance abuse and mental health.”

“His work leading the passage of the Paul Wellstone Mental Health Act was a powerful display of bipartisan leadership that has helped millions of families access the health care they need,” said Rep. Dean Phillips, who now serves in the seat that Ramstad once did.  “Renaming the Wayzata Post Office in his name is a small gesture, but one I hope will add to the growing symphony of affection for the man who left a remarkable legacy in our community, our state, and our country.” 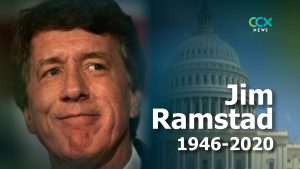 The Wayzata Post Office is in a building built in 1941. It was almost put up for sale 10 years ago until a group of citizens rallied to save it.