Three from Chicago Charged with Burglary in Maple Grove

Three young men from Chicago are charged in early morning burglaries that occurred late last week in Maple Grove. This case is just one example of others that followed historic unrest across the Twin Cities.  Arson, looting and burglaries just didn’t impact Minneapolis and St. Paul following the death of George Floyd. It impacted cities like Crystal, Brooklyn Center and other northwest suburbs.

In the Maple Grove case, police responded to a burglary report at Best Buy just before 2 a.m. Friday, May 29. As officers arrived, multiple vehicles drove away along with multiple people running from the scene, the criminal complaint said.

Police arrested a suspect after he ran from an emergency exit door of the Best Buy, then through a nearby hotel, before running back outside a second time.

Officers also observed a 2020 GMC Yukon with Michigan plates jumping a curb while fleeing, almost hitting a squad car, according to the charges. Officers with the Dayton and Champlin Police Departments assisted in pursuit of the Yukon, which eventually stopped. The four occupants inside then fled on foot. Police arrested the driver and one of the passengers, who police observed hopping into the Yukon from the Best Buy before it drove off. 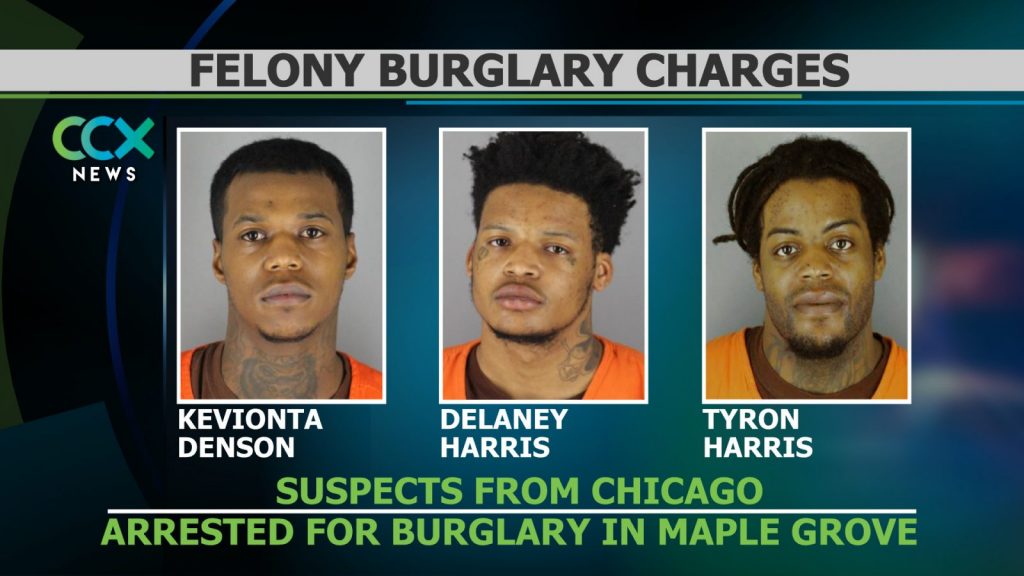 The suspects charged with felony burglary are:

At least three stores were burglarized in Maple Grove early Friday. Police did not wish to identify them at the time. CCX News reporter Sonya Goins reported on the Nordstrom Rack boarded up late last week.