Local police departments have their hands full, working around the clock to protect their cities, while also assisting in keeping the peace in Minneapolis.

Thousands of people continue to march and call for justice after George Floyd, a black man who was killed during an arrest by a white Minneapolis police officer. The protests are mostly peaceful, but at night, rioting and vandalism have occurred. 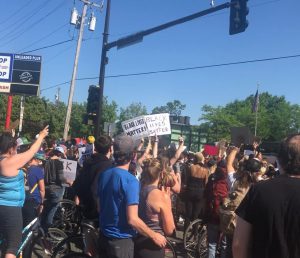 Some of the violence spread to surrounding suburbs like Brooklyn Center. 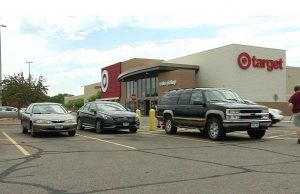 Four men burglarized the Target in Crystal on Sunday.

“The vandalism, the burglaries, the thefts. I believe we made three or four arrests Wednesday night into Thursday morning,” said Brooklyn Center Police Commander Garett Flesland.

Over the weekend, Brooklyn Center beefed up security. They also had three officers who participated in a Mobile Regional Response Team to protect protests. The Hennepin County Sheriff’s Office is spearheading the group.

“Most of the tasking was associated with being a rearguard for other units that were conducting the operation to make sure everyone was able to stay as safe as possible,” explained Flesland.

In Crystal, things were quiet on Sunday, but that changed after the curfew went into effect. The city had 12 suspicious traffic stops and a burglary at Target.

“Sounds like the loss was two pieces of electronics. Target had secured most of its electronics. They didn’t have much time in there before the officers were there,” said Deputy Chief Hubbard.

Crystal police arrested one man, a Brooklyn Park resident. The extra patrols will continue to keep an eye on suspicious activity.