This Week’s Storm Drops Foot of Snow on Northwest Suburbs

This week’s winter wallop will leave residents digging out for days. By the time the storm storm moves out early Thursday, more than a foot of snow will have fallen in the northwest suburbs.

“This is a big one,” said Steve Reckers, a New Hope resident who submits snow totals to the National Weather Service.

Reckers says this system combined with two earlier December snowfalls have pushed this winter’s total up to 43 inches. For perspective, only about 45 inches of snow fell all of last winter. A typical winter season produces 55 inches of snowfall.

“It’s been interesting this year because we’ve had three of these long duration snows,” said Reckers. 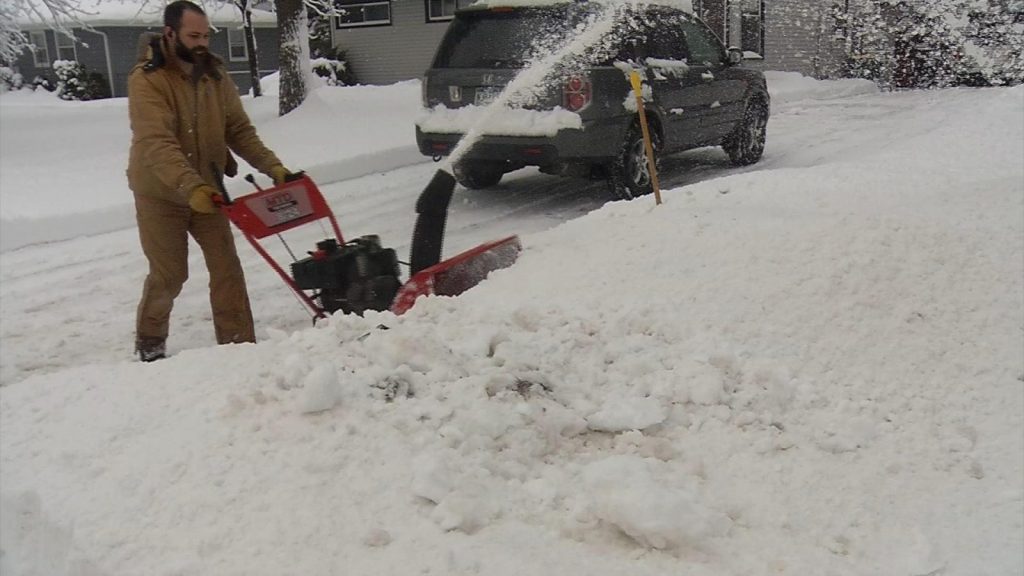 For some school districts in the Twin Cities northwest suburbs, Wednesday was a day of distance learning due to the snow. For others, classes and activities were canceled altogether.

“I’m a teacher and school was canceled so we got up, did a little snowblowing and now, we’re out doing a nice walk,” said Tim Peterson, a teacher in the Anoka-Hennepin School District.

Anoka-Hennepin and Wayzata were among the districts that canceled classes and activities on Wednesday. Osseo and Brooklyn Center district schools switched to distance learning. The Robbinsdale and Hopkins school districts remained on holiday break.

The break from school provided families an opportunity to enjoy the snow-covered trees and go sledding. Matthew Pilsner brought his family to Bass Creek Park in Brooklyn Park.

“It’s a combination of icy runs and packing snow so you get the speed and all the jumps, which is good,” laughed Pilsner. “No broken bones too, which is also a plus.”