‘This Snow Is Welcome’: Precipitation Expected to Help with Drought

“This snow is welcome,” said Steve Reckers, a New Hope resident who has recorded precipitation and temperatures for the National Weather Service for decades.

“The fact that we’ve gotten above normal precipitation in November and December, and now it appears January will be too, that’s going to help us get out of this drought hopefully a bit,” said Reckers. 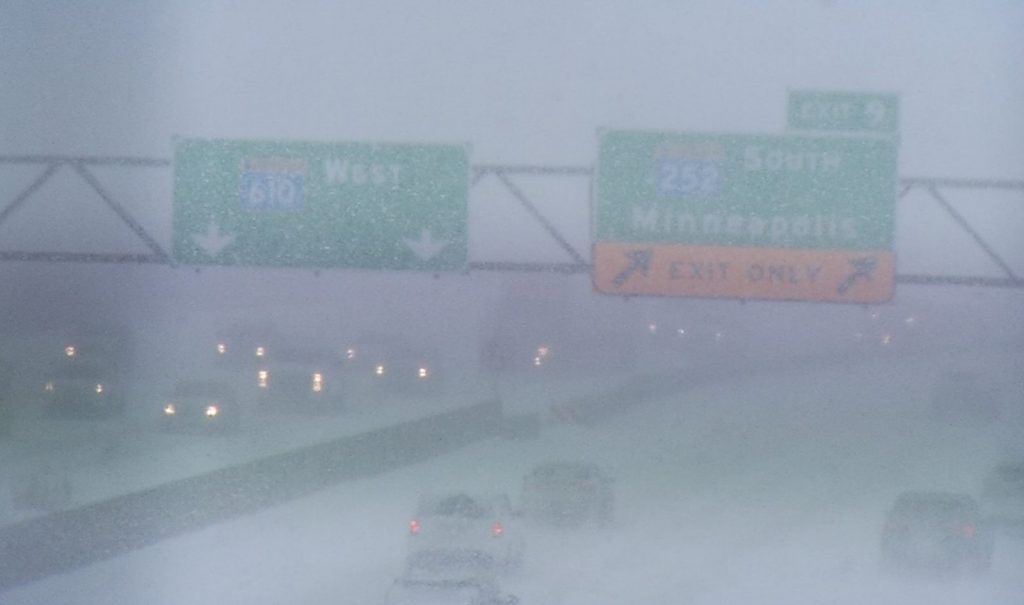 Visibility was low on Interstate 94 with near white-out conditions.

Through December of this winter season, Reckers has measured 32 inches of fallen snow, which he says is “well above normal.” A normal snowfall for an entire winter is 55 inches. This week’s snowfall could put the winter tally above 40 inches with several months still ahead for potential snow.

According to records that date back to the late 1950s, the snowiest winter in the Twin Cities northwest suburbs is 2017-18. That season saw 89 inches of snow, which included a historic April snowfall of 31 inches.

“That particular winter had the most snow in April of any April in my records dating back to the late 50s,” said Reckers.

The next week won’t be as cold as the pre-Christmas weather system that created icy conditions on roads.