Driving in a Minnesota winter can be an adventure, as slippery roads and poor visibility can make even a short drive seem treacherous.

“Our concern this year is with the impending storms and all the severe weather, that’s making it dangerous to travel,” said Plymouth Public Safety Director Erik Fadden. “It just compounds that danger level if somebody chooses to make a bad choice and drink and drive.”

Fadden says that, historically, they see a higher level of impaired driving incidents around the holidays.

Earlier this month, Plymouth police responded to two drunken driving crashes within minutes of each other.

“One involved two vehicles, one was a single vehicle crash,” Fadden said. “No one was injured but the drivers that caused those two crashes were both impaired, three to four times the legal limit.”

Those incidents are part of the reason why Plymouth plans to have extra officers out doing traffic enforcement through Jan. 1. 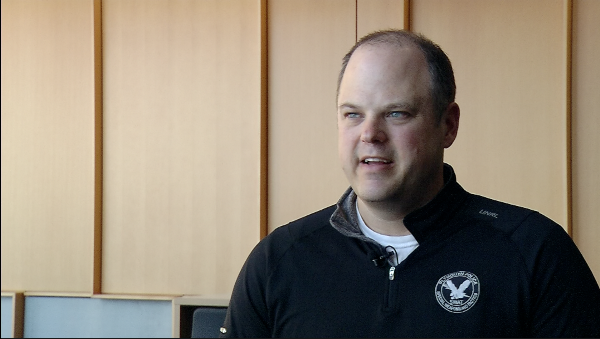 Plymouth Public Safety Director Erik Fadden says there will be extra officers out doing traffic enforcement during the holidays.

“So we target some of those days to have extra DWI patrols on, just to be out there making sure that our roads are safe here in Plymouth,” Fadden said.

The extra enforcement is thanks in large part to a grant provided by the Minnesota Office of Traffic Safety, which partners with more than 300 law enforcement agencies statewide.

“Year to date, we’re running about 1,500 arrests ahead of where we were at this time last year,” said Mike Hanson, the director of the Office of Traffic Safety.

Hanson says that as people are out socializing more coming out of the pandemic, they need to remember to make better choices.

“If you feel different, you’re going to drive different,” Hanson said. “If you have to ask yourself, ‘Am I okay?’ You’re not okay. As a matter of fact, you’re a long way from okay when you get to that point.”

The key message is to come up with a plan before you go out, especially when driving conditions are less than ideal.

“Today it’s easier than ever to not have to feel like you have to drive home,” Fadden said. “Ten to 15 years ago, we didn’t have Uber. Now you can get a ride on your phone and you’ll have a sober driver coming to pick you up.”