Violence Interveners Stationed Near Brooklyn Park Shooting, ‘People Are So Lawless That They Would Take A Gun and Shoot Down Someone’

Near the entrance of the Brooklyn Park Fast & Fresh, pink spray paint marks on the asphalt serve as a reminder of what occurred here Thursday evening.

Police say they arrived on scene around 5 p.m. after a report of shots fired.

“When they arrived at the Fast & Fresh, they located an adult male that had been shot three times, once in the chest, several times in the groin and rendered aid to him,” said Deputy Police Chief Mark Bruley of the Brooklyn Park Police Department. “He was transported by ambulance to a local hospital. At this point he is stable, but in very serious condition.” 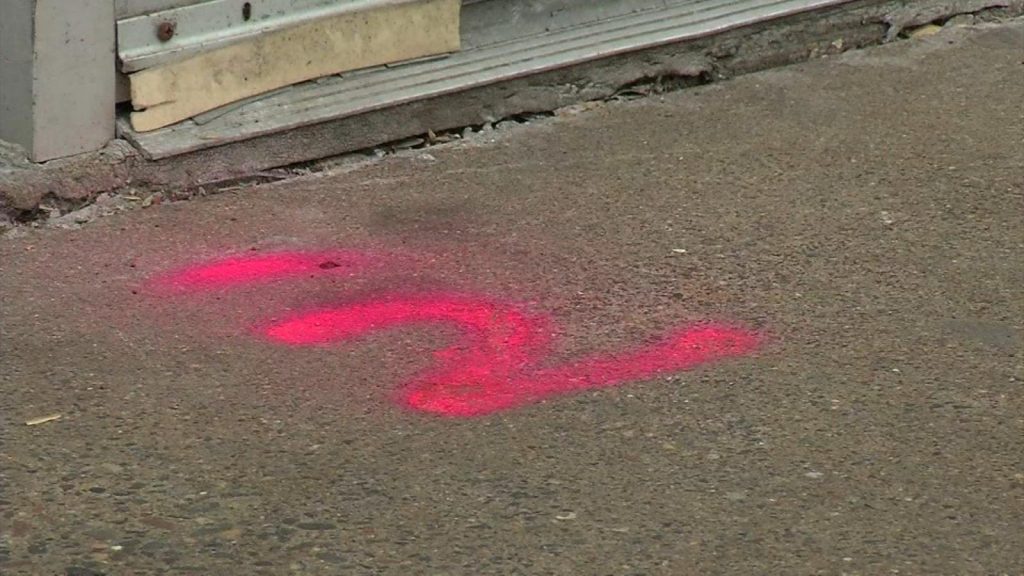 A pink mark outside of the Brooklyn Park Fast & Fresh indicates where police found a bullet.

Investigators say two men got into some sort of argument near the front door. Then one man pulled out a gun and shot the other.

A shop owner in the strip mall says the shooter ran toward a nearby apartment complex and was picked up by a car and headed northbound.

Meanwhile, the victim made his way inside the Fast & Fresh and collapsed in the front entryway.

“This is very sad,” said Bishop Harding Smith of Minnesota Acts Now. “I just want to start by saying that we are in prayers for this young man that got shot.”

Minnesota Acts Now is a nonprofit group that patrols the area of 63rd and Zane Avenue and works with police to minimize crime. Its members made contact with the victim prior to the incident, but weren’t present for the shooting itself.

“We can’t prevent every crime that happens but we have minimized the crime here on this block a lot,” Smith said. “And so it’s really sad that this is what happened here.”

Despite Thursday’s shooting, police say Minnesota Acts Now has helped to reduce crime on this corner.

“We really credit them to be great partners in reducing crime on that street corner,” Bruley said. “Prior to them, it was really violent, and they have really brought a sense of order and community down there. We think it’s a great partnership, and this one incident is not gonna change that.”

“It’s too many guns on the streets,” Smith said. “Our kids are gunning each other down, and we need to take a stand and it needs to be now.”

Anyone with information on the shooting case is urged to contact the Brooklyn Park Police Department.