Jack Heinrich, 33, whose last known address was in Champlin, is charged with three felonies: second-degree arson, second-degree burglary and first-degree damage to property.

Heinrich was previously arrested on July 26 in which he was accused of cutting down a flag on the Zane Avenue bridge over Highway 610, then assaulting and trying to spit on police.

In the Salvation Army case on Nov. 3, Heinrich is accused of smashing windows and using donated coats to start a fire that night at the charity’s facility on Noble Parkway in Brooklyn Park. The building’s sprinkler system helped prevent additional fire damage, but Salvation Army officials estimate damage to the building at more than $100,000.

According to the criminal complaint, Brooklyn Park police located Heinrich near the scene. During his arrest, police found a lighter, marijuana and a small glass pipe in his possession.

In the July 26 flag incident, a police officer observed a flag normally on the bridge was no longer there and lying on the ground. According to the complaint in that case, a witness observed the suspect climb up and pull down the flag and stomp on it. The officer spotted the suspect panhandling at a nearby intersection and acting belligerently toward the occupants of a vehicle.

When police tried to approach the suspect, later identified as Heinrich, he tried to flee. When the officer grabbed Heinrich’s wrist, the suspect slapped the officer in the face, the complaint said. Police finally arrested Heinrich after they threatened to use a Taser on the suspect.

During his transport to jail, police say the suspect kicked at the cages in the squad and tried to damage the vehicle’s cameras. 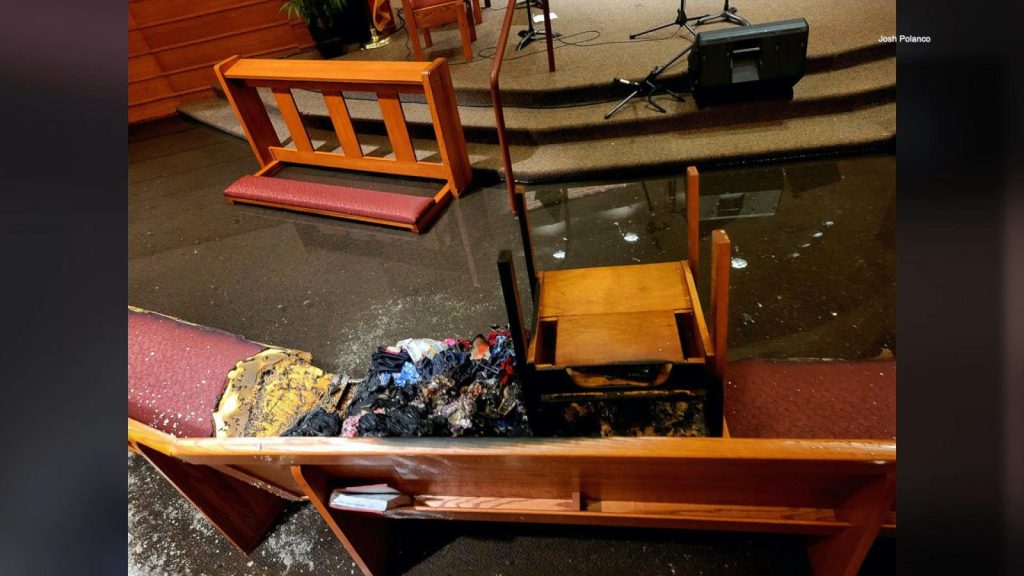