“Our staff walked in this morning, we looked at each other and we all just broke down and cried,” said Capt. Josh Polanco, who leads the Brooklyn Park Salvation Army’s service center. “Because we know what it means to us, but more importantly, we know what this center means to Brooklyn Park.”

Brooklyn Park police say that shortly before 11 p.m. on Thursday, someone broke into the building, smashed a number of windows and intentionally started a fire in the sanctuary. 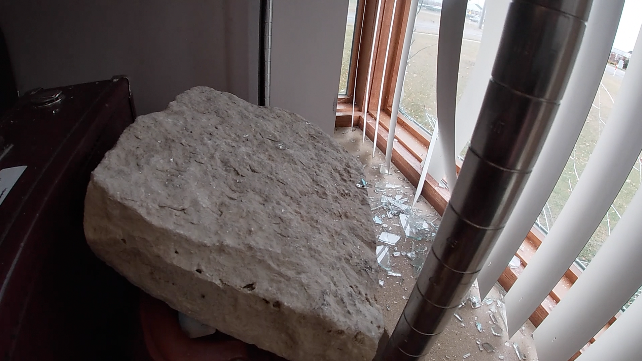 A large rock used to shatter a window at the Brooklyn Park Salvation Army.

“The damage is extensive,” Polanco said. “I mean, just windows alone I’m thinking is probably over $100,000 worth of damage.”

Investigators say that thanks to the building’s sprinkler system, the fire damage was relatively minimal.

“There’s not much damage, which is great, but it hits a very charitable organization,” said Brooklyn Park Fire Marshal Dan Krier.

The service center was planning for a winter coat distribution for families in need, and some of those very coats were used to start the fire.

“It was intentional,” Polanco said. “Evil. Wanting to just destroy, and that’s what I don’t get.” 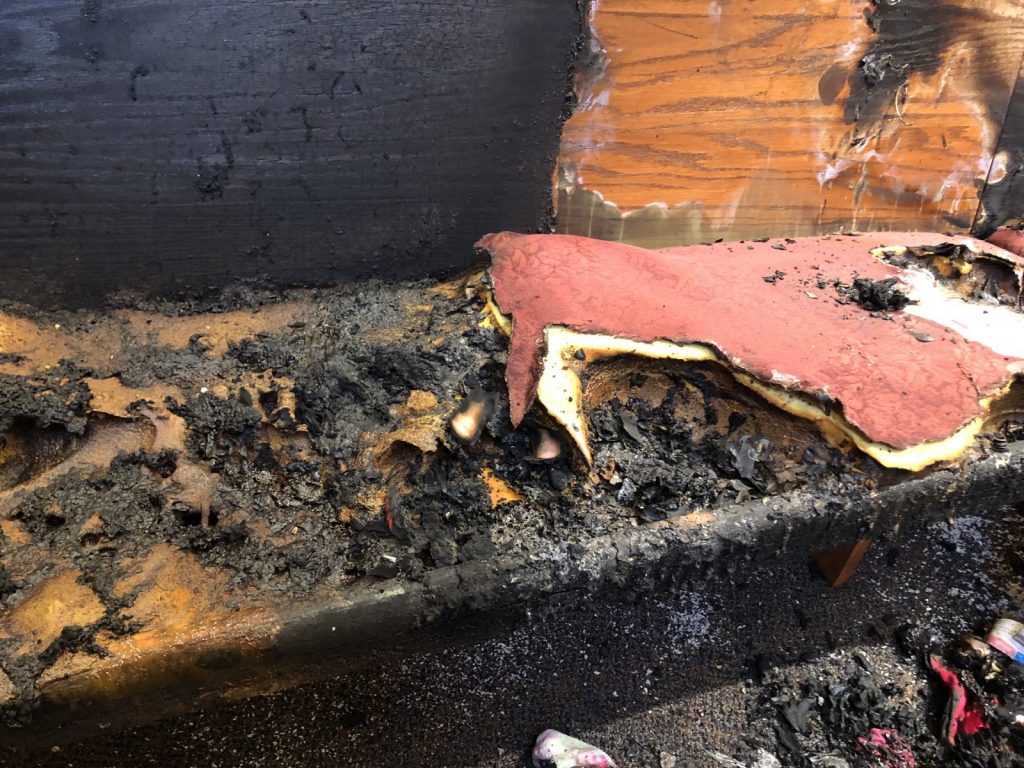 Charred remains of a pew at the Brooklyn Park Salvation Army.

Security cameras caught footage of a young man breaking into the building and setting the fire. Police arrested a Champlin man who they believe is responsible.

“We want him to get the help, obviously he needs it,” Polanco said. “And if there’s something we can do in the process, great. He has our prayers. I prayed for him last night.”

Meanwhile, the Salvation Army’s $12 million bell ringing campaign for the holiday season kicks off next week.

“It’s unfortunate that hundreds of thousands of dollars of that campaign is gonna be funneled back into this building to get it back up and going,” said Dan Jennings, divisional commander for the Salvation Army.

Salvation Army officials hope to have all services up and running next week. If people want to help, they’re asking for donations of coats, food and money. 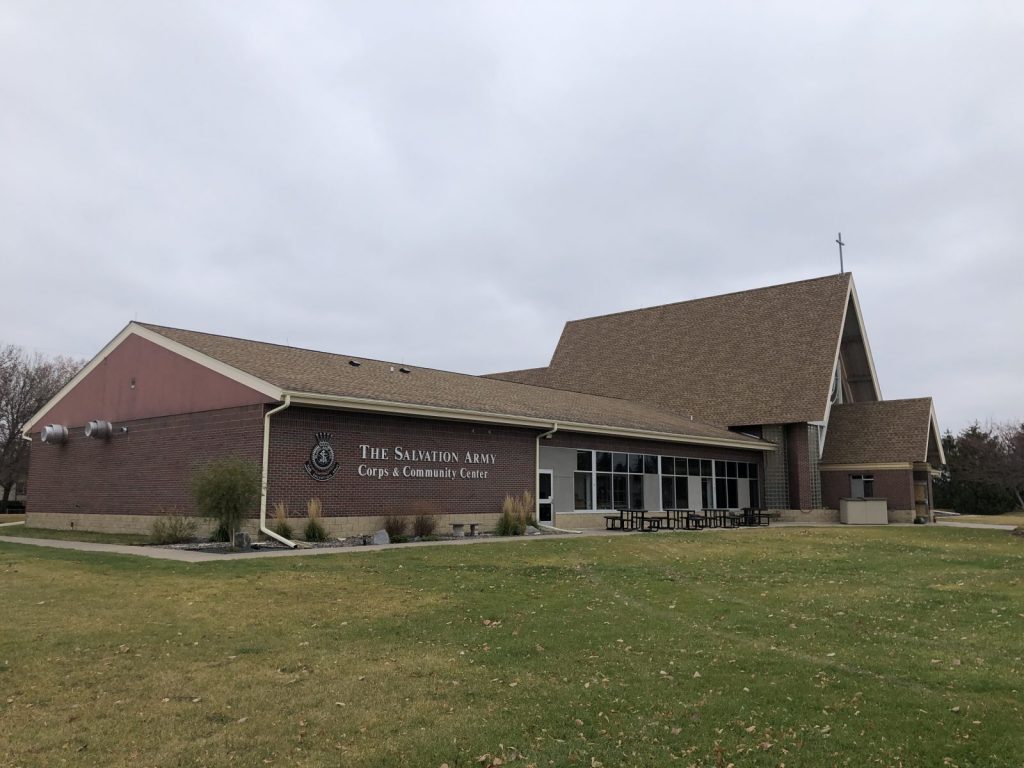 The Brooklyn Park Salvation Army is located at 10011 Noble Parkway.