Limited Fans to be Allowed at High School Volleyball

Due to updated guidance from the Minnesota Department of Education, a small number of fans will be allowed into high school volleyball matches.

The Minnesota State High School League had previously announced that no fans would be allowed during indoor events at schools due to COVID-19.

Up to two spectators per participant will be permitted.

However, the change won’t happen immediately at most schools.

They were caught off guard by the change and are scrambling to put updated plans in place.

The Northwest Suburban Conference for example won’t be allowing fans until the week of October 19th.

The volleyball season begins Thursday night after the MSHSL reversed course and voted to go ahead with a shortened fall season.

Volleyball was previously going to be pushed back until spring until the change was announced.

When fans will be allowed and procedures may differ from school to school, so checking with your school is important. 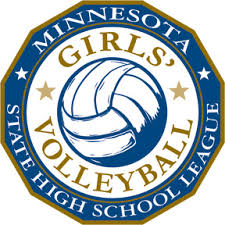