It was a storm that sprung up quickly Friday night. A confirmed EF0 tornado was on the ground for about two minutes, traveling less than a half mile (0.4 to be exact). Experienced weather watchers like Dave Reynolds were taken aback by what they saw.

“We’ve had storms come through but it’s been a long time since we’ve had something that green and that dark, ” said Reynolds, who runs the weather observation station at Robbinsdale Middle School. “Just that low. Wind going sideways.”

Besides the Crystal tornado, recordings in the area showed that a half inch of rain fell in about an hour and there was a temperature swing of 18 degrees.

“Easily the biggest thing we’ve around here for quite a while,” Reynolds said. “You could look at the trees rocking back and forth. You knew that was not a normal straight wind, there’s some swirl in there.” 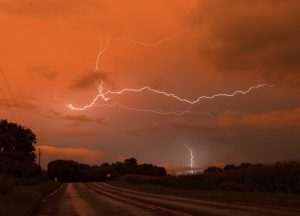 Melanie Metz of Champlin followed the turbulent weather all day and night Friday.

“It was really a crazy day,” said Metz, a storm chaser who is known as one of the “Twister Sisters.” I would almost call it like a mini-tornado outbreak.”

According to Metz, the Crystal tornado is another example that dispels the myth that tornadoes can’t hit metro areas.

“We’ve seen time and time again that it does actually happen unfortunately,” Metz said. “There are big cities that have been hit. It’s just not as common as one might think.” 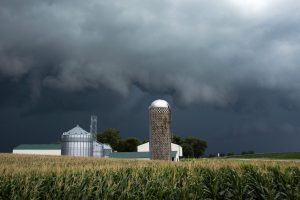 Hail, rain, wind and funnel clouds made for a memorable event Friday for storm chasers. But Metz says they are also concerned about getting crucial information to the public while they are pursuing these powerful storms.

“We do take time to call in reports to the National Weather Service,” Metz said. “We let them know if we’re seeing a funnel or rotation on the storms so that they can issue warnings.”

Weather experts want people to know they should not rely on social media or streaming for their warning information because they won’t get any, Metz said. They recommend getting a weather radio or have alerts sent to your phone.