The National Weather Service confirmed an EF0 tornado touched down in Crystal on Friday night. An EF0 tornado generally has wind speeds between 65 and 85 miles per hour. While it is a relatively weak tornado, it caused a lot of damage with numerous downed trees and power lines. Fortunately, there were no serious injuries caused by the storm, Crystal officials said.

Crystal resident Margaret Mary Oftendahl was in her sunroom when the storm hit.

“All of a sudden, all the windows started rattling like crazy,” Oftendahl said.

While she didn’t have damage to her home, her neighbor, Claudette Quitangon, wasn’t so lucky. 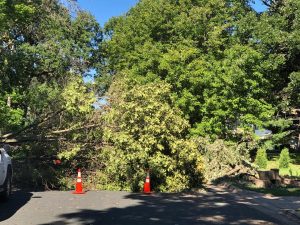 Public Works: Could Take Week to Remove All the Debris

Meanwhile, Crystal public works crews are working around the clock. Monday, they brought out heavy equipment to remove a large tree blocking a road near 40th and Florida Avenues. Public Works Director Mark Ray says it could take at least a week to remove debris.

“Any tree that’s on public property, that includes the public right away, we’ll be responsible for cleaning it up and hauling it out,” explained Ray.

Residents with branches or tree trunks that are larger than 10 inches in diameter can haul them to the curb. And if you have more significant trees, you can drop them off at the Maple Grove Yardwaste Site. 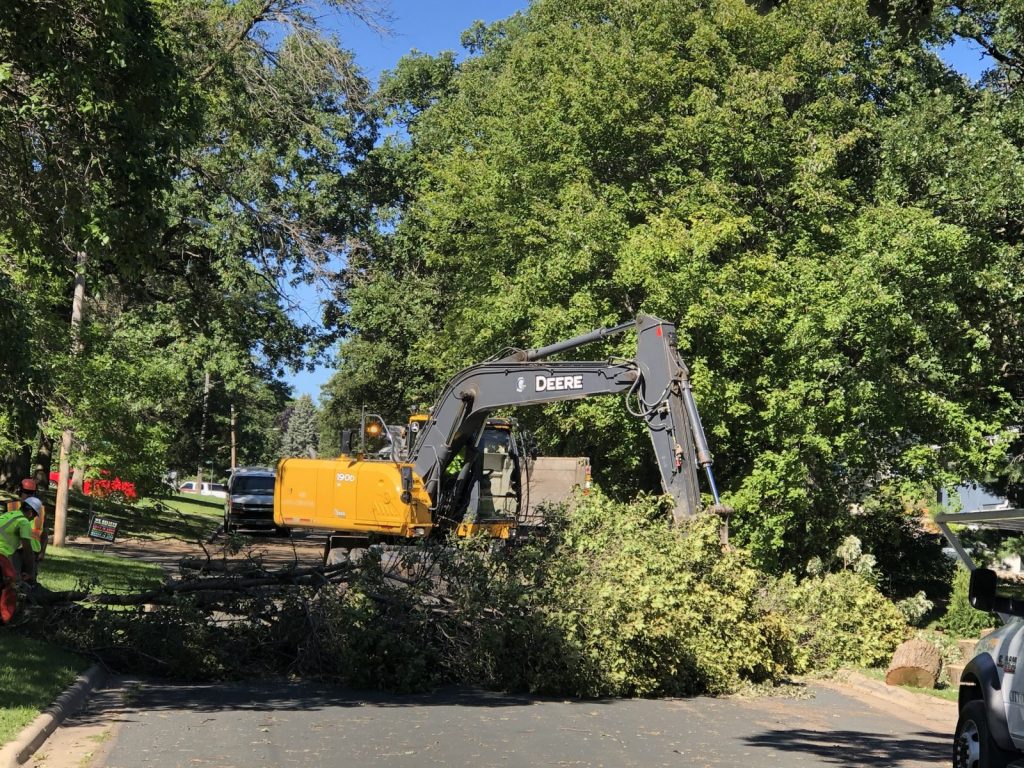