The Brooklyn Center City Council passed a resolution in a 4-1 vote on Saturday that will drastically change how police do their jobs. Brooklyn Center Mayor Mike Elliott called the approval “a new North Star” for policing.

Jim Mortenson, executive director of Law Enforcement Labor Services, said the resolution was rushed and that there was not much input from the major stakeholders involved.

“It just seems like the mayor went out on his own accord, drafted this resolution, and really didn’t do a whole lot of discussion with those who are doing the job,” said Mortenson. 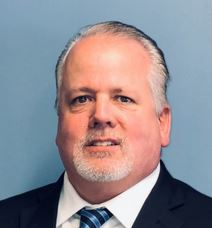 The newly passed resolution would create a Community Safety and Violence Prevention office, which would oversee police, firefighters and two newly created departments: one on traffic enforcement and another on community response. Those two new departments would rely on unarmed professionals to make traffic stops and respond to mental health calls.

However, union officials are concerned the city will be using civilians for minor traffic violations.

“You don’t know if the police want them for something. You don’t know if they just committed a crime, and on top of that, it’s in violation of state statute. You have to be a licensed peace officer in this state to make traffic stops. You can’t be an unarmed citizen,” explained Mortenson.

Brooklyn Center City Attorney Troy Gilchrist issued a statement saying the mayor’s resolution is a framework for further discussion and that anything the council eventually passes would comply with state law.