It happened in the 7200 block of Unity Avenue shortly after 7 p.m. Witnesses told police that two vehicles were headed southbound on Unity Avenue when gunfire was exchanged between them.

Police in neighboring Brooklyn Park initially located the first person shot, described as a male in his late teens. He suffered a non-life threatening gunshot wound to the leg and had driven a short distance away from the scene into Brooklyn Park, police said.

The second man shot arrived at North Memorial Health Hospital in Robbinsdale. Brooklyn Center police say the man, believed to be in his early 20s, had a non-life threatening gunshot wound to his hip area.

Police continue to investigate what led to the shooting. No arrests have been made as of Friday afternoon. The Brooklyn Park Police Department and the Hennepin County Sheriff’s Office helped assist in the case.

Brooklyn Center police urge anyone who may have home security camera footage of the incident to contact them. 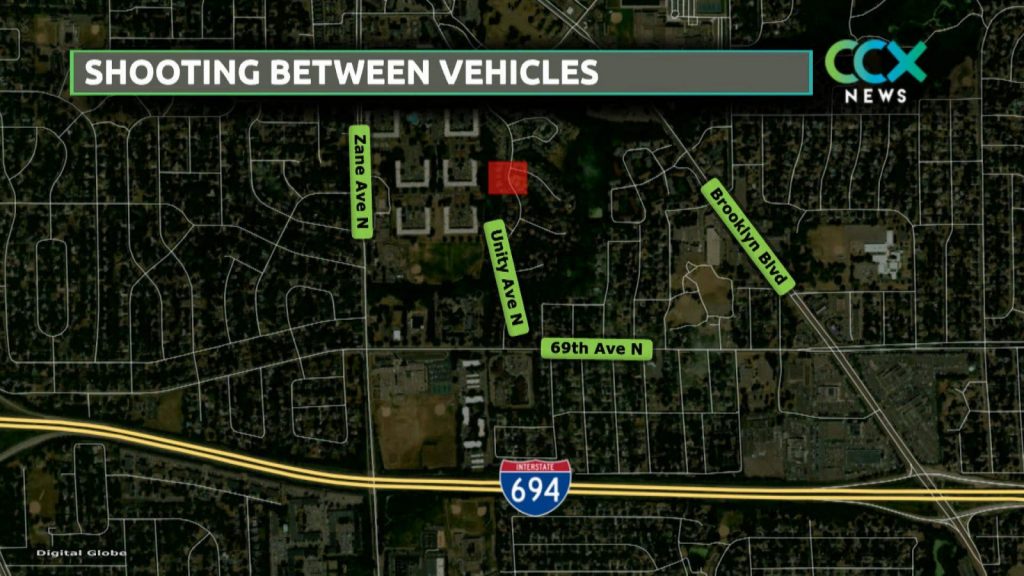