Leo Grichener produces a magazine, newspaper and Russian language directory in Plymouth. His publications this month will be dedicated to the war in Ukraine.

Grichener says the war brings up painful memories of family tragedy connected to World War II. His father fought in WWII and lost many relatives in the Nazi massacre at Babi Yar near Kyiv.

“Many relatives were killed by fascists in World War II, that’s why this is my personal pain,” said Grichener. “My father is still alive. He’s 97 years old and now when he sees the TV, he starts crying because it’s his pain.” 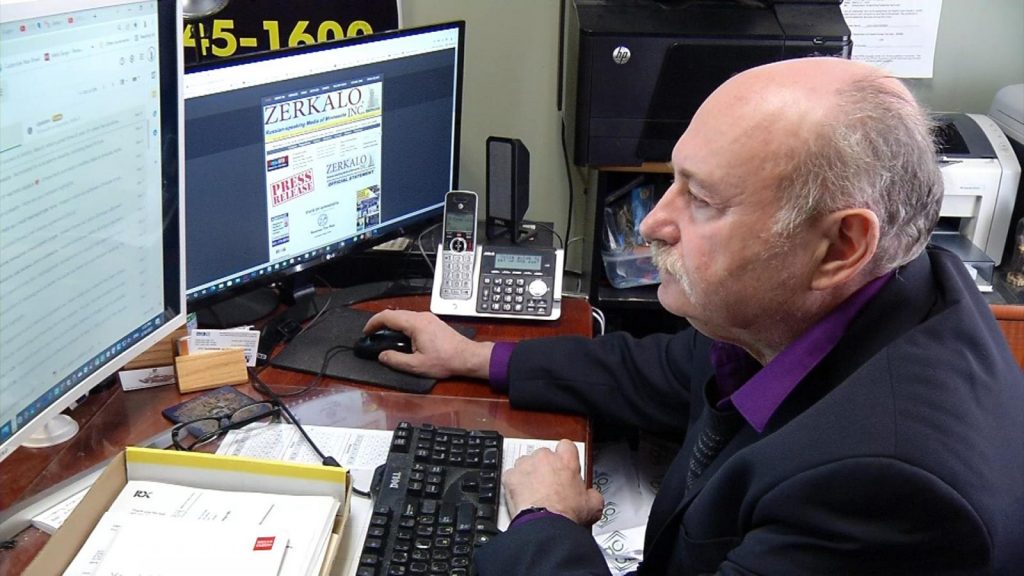 Grichener says he’s very much against the war in Ukraine, but he strives to maintain impartiality in his coverage of the war.

“We have two Leos. One is personal because of my father, my friends and my life experience,” explains Grichener.  “Another one is a publisher because we have to have a cool head and be independent.”

Grichener doesn’t pass judgment on people who support Russia. He says he’s dedicated to doing his part to bring peace.

“I don’t want to make any hate with my publication,” said Grichener. “I will put all my newspaper to declare to please let’s together stop the war.”