Crime Stoppers of Minnesota is offering a reward of up to $1,000 for information that leads to authorities catching the driver who shot and killed Jay Boughton, 56, of Crystal.

Boughton was fatally shot at around 10 p.m. Tuesday on southbound Highway 169, near Rockford Road. Authorities say the shooting stemmed from a “traffic altercation.”

Friday afternoon, Boughton’s family spoke out for the first time at a news conference at Plymouth City Hall.

“Jay Boughton was coming home from… coaching his son’s baseball game on Tuesday night, and he was shot,” said Stephen Robinson, Boughton’s brother-in-law. “He was murdered. Executed, for doing something most of us do every day — taking your child to an athletic event, sporting event. So in that sense, we have all been there. And in a sense, we are all Jay, right?”

Plymouth police say the shooter was driving what appears to be a light-colored SUV, possibly a Ford Expedition, Chevrolet Tahoe or Suburban, or similar vehicle. That vehicle is believed to have damage to the driver’s side rear bumper.

Friday, investigators provided a map — along with surveillance footage — of the route taken by the shooter. 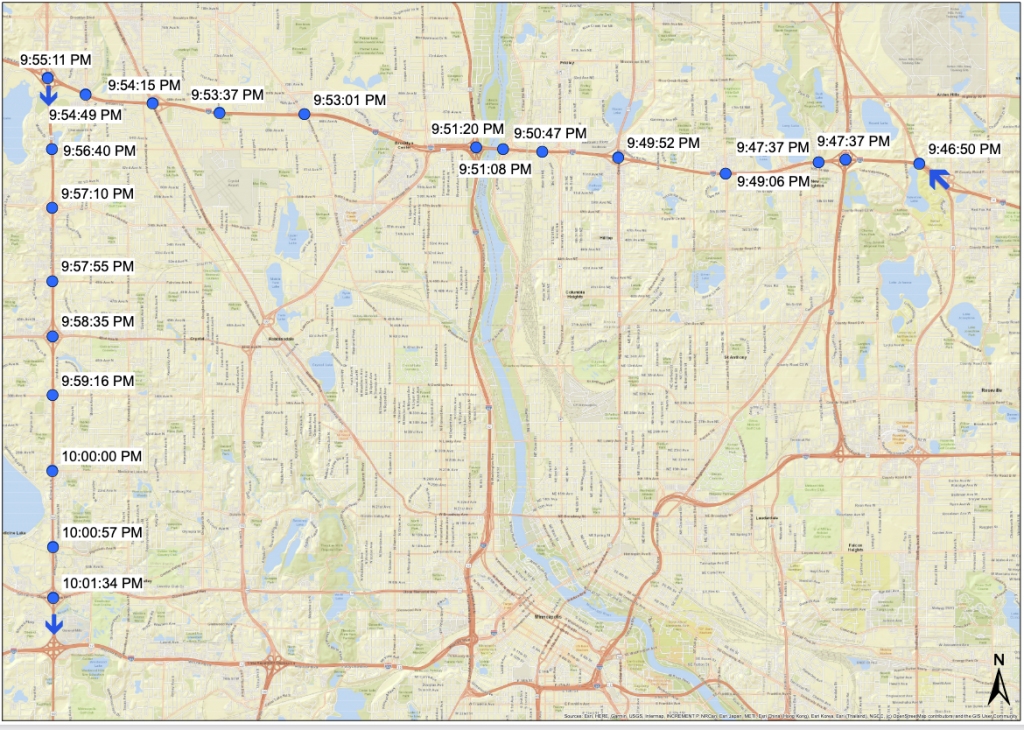 They say at 9:46 Tuesday night, the suspect’s vehicle got onto I-694 West from Snelling Avenue in Arden Hills. About nine minutes later, the vehicle exited onto Highway 169 heading south.

Moments after that, Boughton was shot.

Investigators say it’s unclear exactly when and where the shooter first made contact with Boughton’s car.

“We have no reason to believe they were following each other or driving next to each other for even more than a few seconds,” said Plymouth Police Chief Erik Fadden. “Which in my opinion, in my humble opinion, it makes this even more senseless.”

Anyone with information about the incident is urged to call Crime Stoppers of Minnesota at 1-800-222-8477. Tips may also be submitted at crimestoppersmn.org. Plymouth police say those who submit tips to Crime Stoppers will remain anonymous.