This week the Minnesota House Committee on Redistricting heard testimony about the third U.S. Congressional District, which grew faster than any other district in Minnesota.

The third district covers western Hennepin County, the city of Coon Rapids in Anoka and the cities of Chaska, Chanhassen and Victoria plus the Laketown Township in Carver County. Census numbers show this area grew by 74,908 people, which is above what’s considered the ideal size of a district, which comes in at 713,312.  The state demographer says to fall within the ideal size of a district, the district would need to contract. 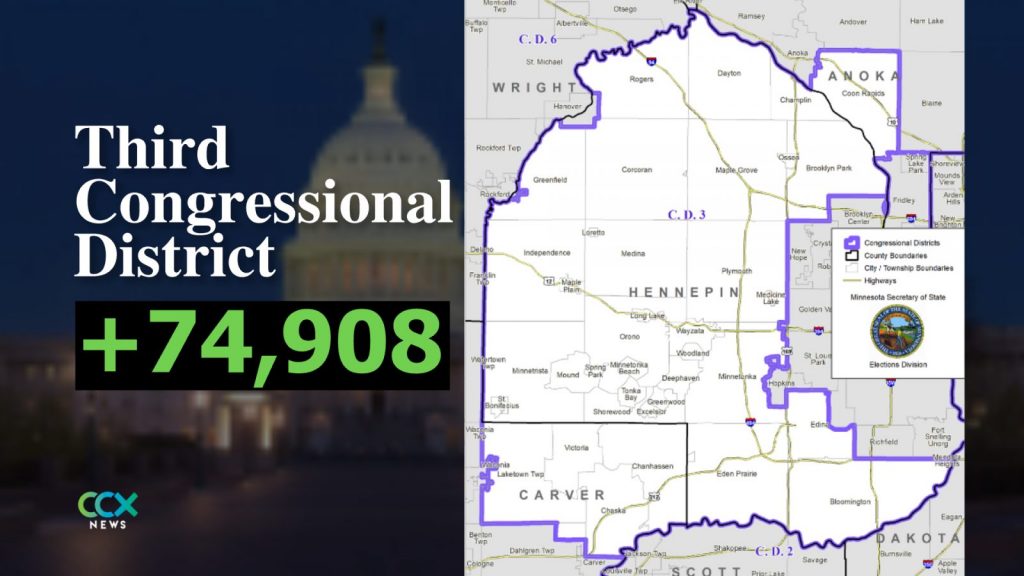 Several people testified on the desire to keep communities together to ensure representation.

“Dividing Hennepin County further among additional congressional districts would present challenges to residents and to elected officials in cities to make their job harder to speak with a unified voice not only at a state level but a federal level,” said Hennepin County Commissioner Kevin Anderson, who represents Maple Grove and the rural northwest quadrant of the county.

There is testimony planned through the week. You can watch the testimony here.

The deadline for the legislature to enact new congressional and legislative districts is February 15.