On any given day, thousands of people use public transportation to get around town. But if you’re in a wheelchair, the simple task of getting to the bus stop after a major snowfall can be a challenge.

“Pretty hard over the wintertime,” said Greg, a man in a wheelchair who was boarding a bus in Robbinsdale.

Metro Transit crews have been working since last week to remove snow from high priority areas. High priority areas include bus stops that have the highest usage, as well as locations frequented by people with limited mobility.

“There’s just no way you can get to all of them immediately,” said Metro Transit Spokesperson Laura Baenen. 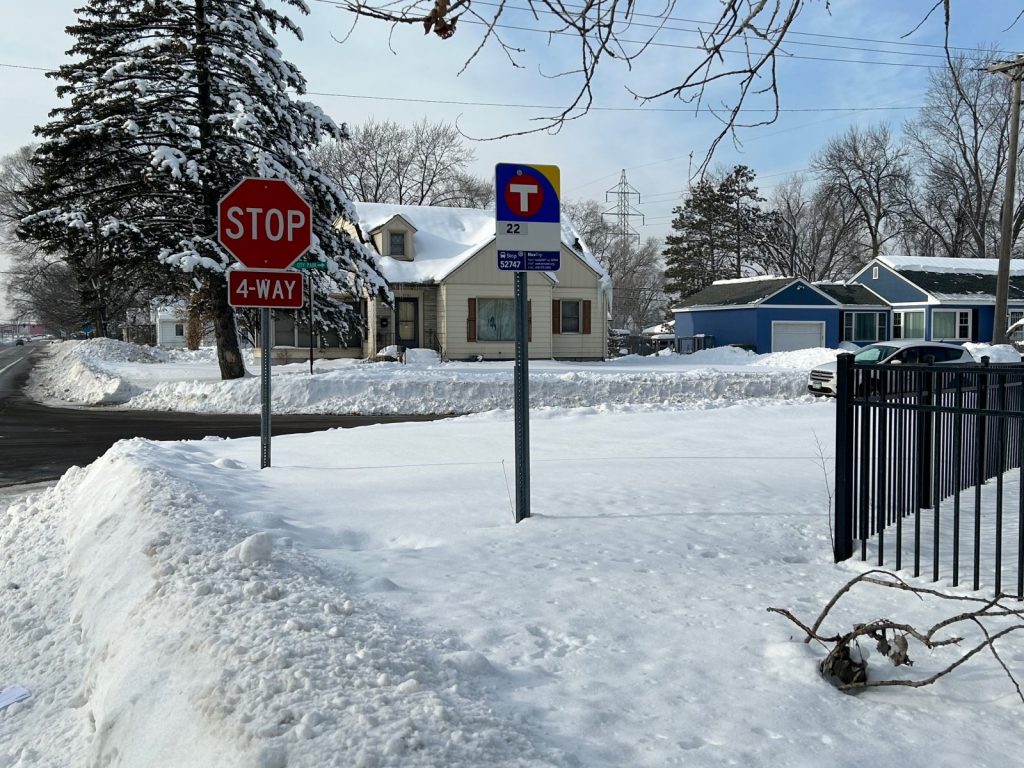 A bus stop surrounded by snow in Brooklyn Center.

With more than a foot of snow in some spots, it’s not easy work.

“Well, the crews are getting a little burned out,” Baenen said. “They’re gonna start out again at midnight and go out and tackle some spots. Hopefully there will be less traffic for them to contend with and to work around and they can get a lot done.”

As difficult a task as it may be, Greg, the man in the wheelchair, says Metro Transit does a decent job of snow removal.

However, with more than 12,000 bus stops and a finite amount of resources, Metro Transit wants to remind people that clearing bus stops and surrounding sidewalks is a shared responsibility involving cities, homeowners and business owners.

“In a snowfall like we had last week, everyone needs to pitch in,” Baenen said.