A 12-member jury has found former Brooklyn Center police officer Kim Potter guilty of both first- and 2nd-degree manslaughter for the death of Daunte Wright. Jurors reached the verdict midday Thursday. Potter did not express any strong emotions as the verdict was read.

Jurors presented the verdict to Hennepin County District Judge Regina Chu who read it via livestreaming at 1:30 p.m.

The jury began deliberating at about 12:45 p.m. Monday. Deliberations lasted for close to 28 hours. Jurors heard 11 days of testimony and arguments from both sides of the case.

Judge Chu ordered Potter to be held without bail despite arguments against do so by the defense.

“I cannot treat this case any differently than any other case,” Chu said in keeping Potter in custody.

Potter walked into the courtroom holding the hand of her husband, Jeff. As each verdict was read, members of Daunte Wright’s family let out cries each time, according to a pool reporter in the courtroom.

All jurors nodded in unison when Judge Chu asked if this was their “true and unanimous” verdict. One of jurors could be seen crying, according to a pool reporter, as they stood up to leave.

Defense attorney Paul Engh argued against incarceration before sentencing saying “there’s no evidence she would flee.” Prosecutor Matthew Frank stated that Potter now living out of state is an “aggravating” factor in keeping her in custody.

As a deputy put Potter in handcuffs and walked her out of the courtroom, Potter’s husband yelled out “I love you Kim.” Potter said “I love you” back.

Potter said she mistook her firearm for her Taser. During court testimony, Potter said she never once fired her firearm or deployed her Taser during her 26-year career with the Brooklyn Center Police Department until the Daunte Wright traffic stop on April 11. She did say she drew her Taser at some points, but never deployed it.

Under orders from Hennepin County District Judge Regina Chu, the jurors remained sequestered throughout deliberations until they could reach unanimous verdicts on both counts.

The jurors consisted of six men and six women. Nine are white, two are Asian women and one is a Black woman. 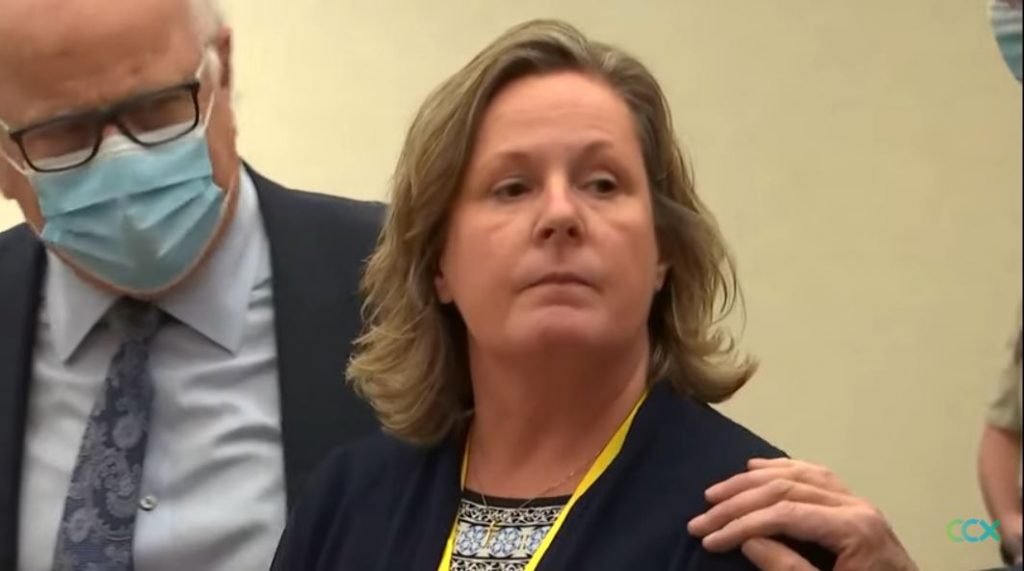 Kim Potter as verdict was read

On late Tuesday afternoon, jurors submitted two questions to Hennepin County District Judge Regina Chu. One of the questions involved what steps the jury should take if members cannot reach a consensus on a verdict.

The 12-member jury needed a unanimous verdict to decide guilt or acquittal.

Judge Chu told the jurors, “You should discuss the case with one another and deliberate with a view toward reaching agreement. If you can do so without violating your individual judgment, you should decide the case for yourself, but only after you discussed the case with your fellow jurors and have carefully considered their views.

She continued, “You should not hesitate to re-examine your views and change your opinion if you become convinced they are erroneous. But you should not surrender your honest opinion simply because other jurors disagree or merely to reach a verdict.”

The second question involved jury protocols on removing Potter’s unloaded gun from its box, which is secured with zip ties. Judge Chu said jurors can remove the weapon out of the box with help from a deputy. 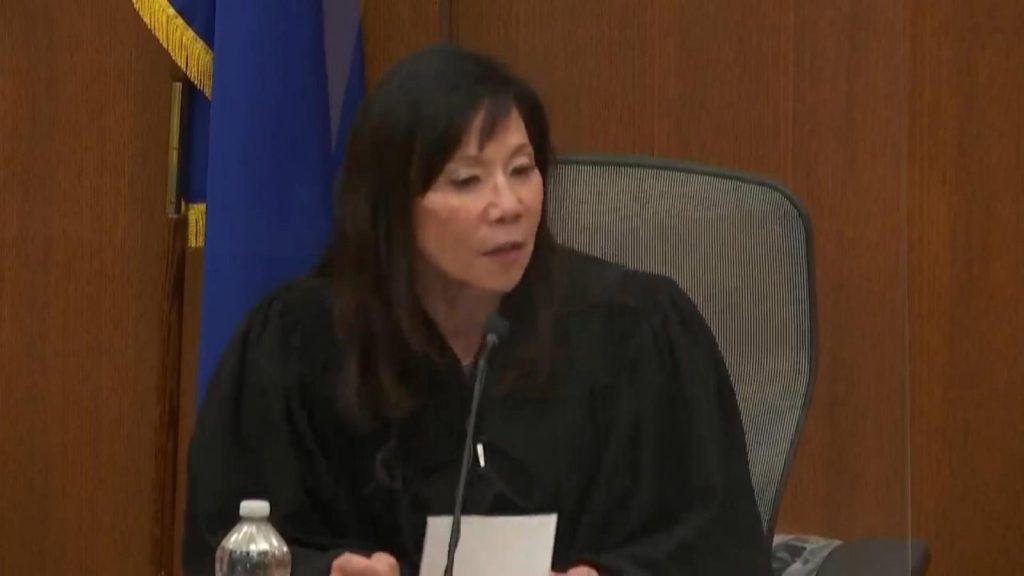 During closing arguments, the prosecution argued that making a mistake is still a crime and that none of Wright’s criminal background mattered in the case. Prosecutor Erin Eldridge accused Potter of ignoring years of training. She argued that Potter should have known she was using her firearm instead of her Taser.

“This was a colossal screw-up. A blunder of epic proportions,” said Eldridge during closing arguments.

The defense argued that Potter would have been justified in using lethal force whether she intended to use her Taser or not because her police colleague, Sgt. Mychal Johnson, was leaning in on the passenger side trying to stop Wright as Wright fled the scene, potentially putting Johnson in harm’s way.

“There’s two absolute reasons why she’s not guilty. Absolute. She didn’t cause this and she had a right to use deadly force,” argued Potter defense attorney Earl Gray during his closing arguments.

Both sides disagreed on whether Johnson could have been seriously hurt, with the state arguing that Johnson was already backing away when Potter yelled “Taser! Taser! Taser!”

According to court testimony, the state paid $9,000 to have jurors hear from University of South Carolina law professor Seth Stoughton, who provided an opinion that officers could have let Wright flee and arrest him later. Stoughton served as a police officer in Tallahassee, Fla., for five years about 15 years ago.

“They have the temerity to talk about Stoughton, a man who had the power to charge up to $93,000 who doesn’t remember being a police officer when I ask about him about crisis,” argued Gray.

Wright had a bench warrant for illegal gun possession.

Wright also had a restraining order against him filed by undisclosed woman. A female passenger in Wright’s vehicle was not the same woman, a fact officers didn’t know at the time.

Eldridge argued that Wright’s decision to flee doesn’t matter in the case.

“This case is about [Potter’s] rash and reckless conduct,” argued Eldridge. “It’s not about her being a nice person or a good person. Even nice people have to obey the law.”