Jurors in the Kim Potter trial returned for another day of deliberations on Thursday starting at 8:40 a.m. After no verdicts were reached Wednesday, jurors have deliberated for about 24 hours over three days as they attempt to reach a consensus on two manslaughter charges against the former officer.

Jurors are not scheduled to work Christmas Eve through the weekend. They would return on Monday if no verdict is reached Thursday.

On late Tuesday afternoon, jurors submitted two questions to Hennepin County District Judge Regina Chu. One of the questions involved what steps the jury should take if members cannot reach a consensus on a verdict.

The 12-member jury needs a unanimous verdict to decide guilt or acquittal. Potter is charged with first- and second-degree manslaughter for fatally shooting Daunte Wright during a traffic stop April 11.

Judge Chu told the jurors, “You should discuss the case with one another and deliberate with a view toward reaching agreement. If you can do so without violating your individual judgment, you should decide the case for yourself, but only after you discussed the case with your fellow jurors and have carefully considered their views.

She continued, “You should not hesitate to re-examine your views and change your opinion if you become convinced they are erroneous. But you should not surrender your honest opinion simply because other jurors disagree or merely to reach a verdict.”

The second question involved jury protocols on removing Potter’s unloaded gun from its box, which is secured with zip ties. Judge Chu said jurors can remove the weapon out of the box with help from a deputy.

Both prosecutors and the defense attorneys, as well as Potter, were in attendance as Chu provided answers to the jurors Tuesday.

Closing arguments from both sides were made Monday.

“Members of the jury this case is in your hands,” Hennepin County District Court Judge Regina Chu told the jurors on Monday. “Now it’s time to do your job.”

The state argued Potter was “reckless” and showed “culpable negligence” when using her firearm to fatally shoot Wright. The defense says state statute backs their case.

State: “Even nice people have to obey the law.”

Minnesota Assistant Attorney General Erin Eldridge claims that Daunte Wright posed “no threat to those officers” during closing arguments in the Kim Potter trial. Potter is charged with first- and second-degree manslaughter.

“Daunte Wright’s parents, Katie and Arbuey Wright, will have an empty seat at their table this holiday season because the defendant shot and killed him on April 11 of this year,” argued Eldridge as she pointed her finger at Potter.

Potter, a 26-year police veteran, says she intended to use her Taser instead of her firearm. Eldridge argued the defendant should have known better.

“This case is about the defendant’s rash and reckless conduct,” argued Eldridge. “It’s not about her being a nice person or a good person. Even nice people have to obey the law.”

The prosecutor also said Sgt. Mychal Johnson, the third officer at the passenger of Wright’s vehicle, wouldn’t have been seriously hurt if lethal force hadn’t been used.

“No one was dragged. No one was almost dragged,” Eldridge told the jurors. The defense vehemently disputes those claims.

“Ladies and gentlemen and members of the jury, Sgt. Johnson had the time and the forethought to protect Alayna Albrecht-Payton from what the defendant had just done. She shot a driver and sent an unguided hazard down the road. The defendant didn’t save Sgt. Johnson’s life. If anybody saved Sgt. Johnson’s life, it was Daunte Wright when he took a bullet to the chest,” argued Eldridge.

She continued, “You don’t get to shoot someone when things don’t go according to plan.”

Eldridge later said to the jurors, “This was a colossal screw-up, a blunder of epic proportions.” 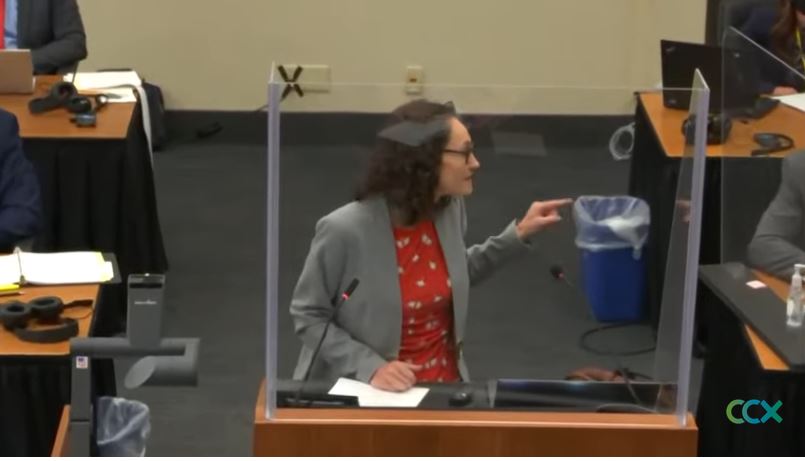 “He didn’t want to go to jail. He wasn’t going to listen to these police officers,” argued Gray.

Gray brought up how the state used the video that the defense said was unrealistic of what officer Potter would have seen. The defense also argued that Potter had the right to use deadly force, whether she had intended to or not.

“Officer Potter had the right to use deadly force, even though she didn’t know she was using it, she had a right to. And that’s what the law is.”

Gray later added, “There’s two absolute reasons why she’s not guilty. Absolute. She didn’t cause this and she had a right to use deadly force.”

“Before you can find her guilty, you must find that each and every element of the charges is proven beyond a reasonable doubt,” he said.

Gray then closed with thanking the jurors.

“The Potter family thanks you for listening to this case.”

He then added, “It’s not a difficult case. They failed in every element. Miserably failed.” 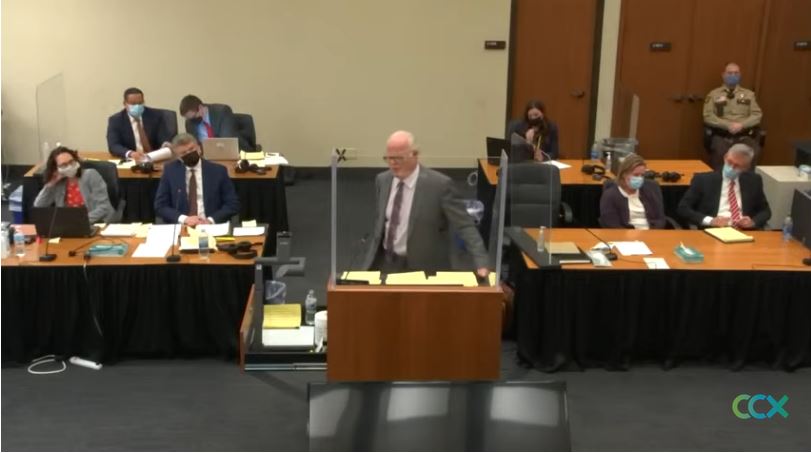 Under the second-degree manslaughter charge, the state must prove “culpable negligence,” meaning a “reasonably prudent person” would recognize a strong probability of injury to others.

For each of the charges, the state is not required to prove any intent on the part of Potter to kill anyone. 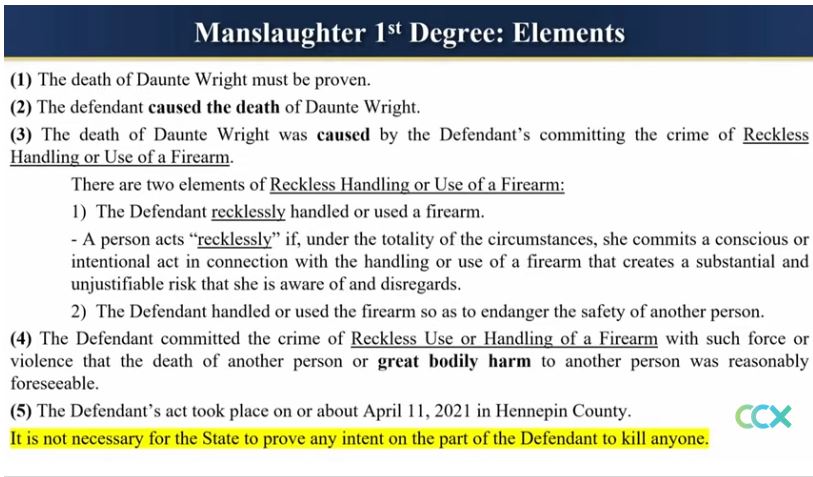 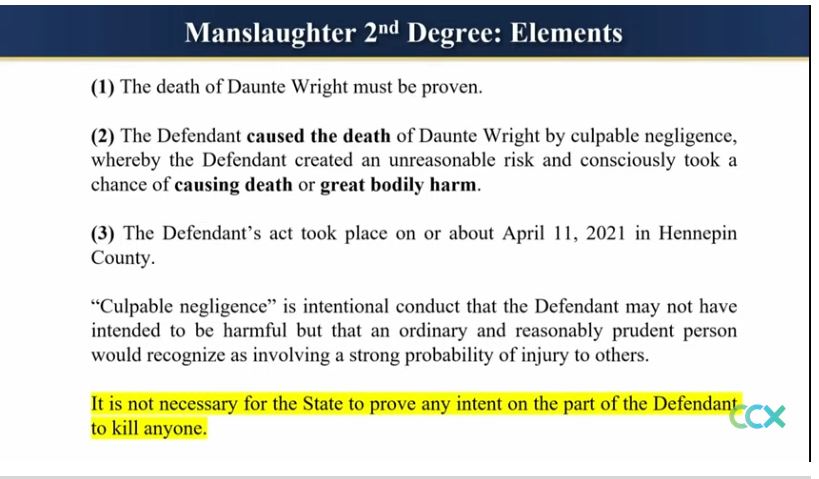 Jurors during deliberations will be able to touch and compare both Potter’s firearm and Taser. They will deliberate until 6 p.m. Monday. After that they will be sequestered for the evening and resume deliberations Tuesday morning.

This is a developing story. Stay tuned for further updates.