Daunte Wright’s Father Testifies: ‘I Miss Him A Lot’

Jurors in the Kim Potter trial heard continued testimony Wednesday from a Brooklyn Center police weapons instructor, as well as a witness provided by the state who reviewed the Potter case. The court also heard from Arbuey Wright, Daunte Wright’s father. Potter is charged with manslaughter for fatally shooting Wright during a traffic stop on April 11.

Arbuey Wright, 42, took the stand to answer questions about what it was like to be Daunte’s father. Daunte was the oldest of three children that Arbuey shared with his wife, Katie Bryant.

“The relationship with the younger sisters was like a big brother,” answered Wright when asked by prosecutor Erin Eldridge how he got a long with his siblings. “[Daunte] joked a lot”

Wright mentioned how he often got together for cookouts with his son and said Daunte loved to play basketball.

During further testimony, Wright said he was his son’s boss when they worked together at Famous Footwear. He said his last day working with his son was at the beginning of the pandemic.

Wright also explained what it meant to Daunte to be a father. 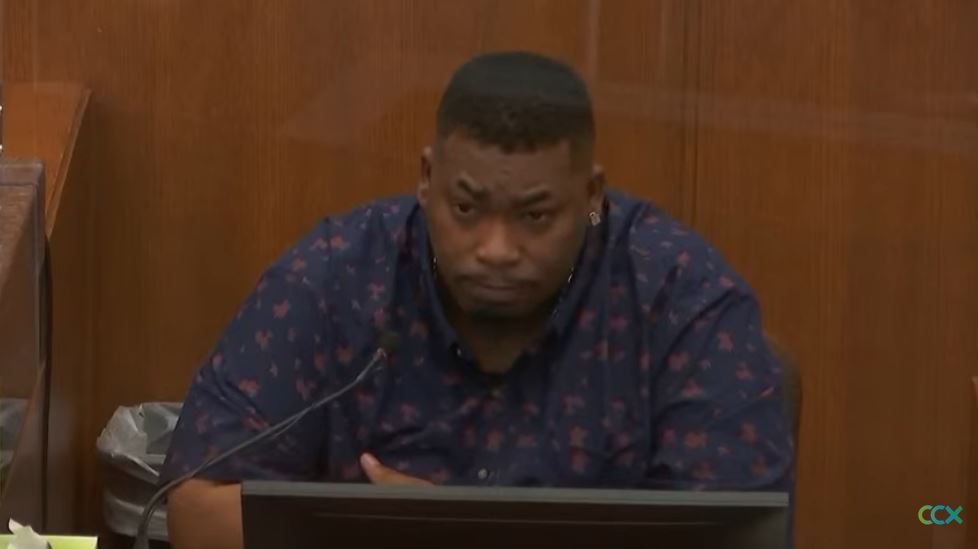 Sgt. Michael Peterson returned to the witness stand Wednesday morning providing an additional hour and a half of testimony in the trial of Kim Potter, the former Brooklyn Center officer charged with manslaughter in the fatal traffic stop shooting of Daunte Wright.

On Tuesday, Peterson, who was Potter’s weapons instructor, provided three hours of testimony, responding to prosecutor questions about Taser training manuals and records, including those of officer Potter. The testimony was often tedious. It resulted in Hennepin County County District Court Judge Regina Chu asking jurors to get up and stretch their legs Tuesday afternoon sensing that some were growing tired. At least one seemed to nod off, according to two reporters allowed in the court room.

“You’re training them to make a split-second decision?” asked Engh.

Peterson trained Potter on many scenarios during his 16-year career, included use of the department’s new Taser 7 model, which Peterson said didn’t function too differently from previous Taser models. He said the Taser 7 had “better” battery capacity.

The training officer said Potter last trained with the Taser 7 on March 2. When asked about the “spark tests” that a BCA agent testified that Potter didn’t perform on April 11, the day of the shooting, Peterson said it’s not uncommon for officers to miss them. Peterson conducted the test before jurors Tuesday, creating a 5-second zapping sound. The test’s purpose is to make sure the Taser is working properly.

Potter wore her Taser on her left, non-dominant side, which is standard practice. Photos in court showed that particular duty belt position. Court testimony further revealed the former officer never missed any trainings with Peterson.

Attorney Paul Engh asked Peterson whether confusion is possible between a Taser and a firearm during a split-second decision.

“Mistakes can happen when someone confuses a Taser with a gun?” asked Engh.

“And it can be an innocent mistake?”

That last answer by Peterson was to be disregarded by the jury after Judge Chu sustained an objection.

During further questioning, Peterson says stressors vary from officer to officer. Peterson provided testimony on scenario training that occurred March 2. In that scenario Peterson came at them out of a closet with a bat. He said none of the officers used a firearm, but they did use a Taser.

“They knew you weren’t going to try to kill ’em?” asked Engh in back-and-forth questioning.

“They knew you weren’t high?”

“They knew you didn’t have a bench warrant?”

“They knew you didn’t have a gun?”

During prosecutor Frank’s redirect questioning, Peterson said he couldn’t recall anyone who withdrew their gun instead of a Taser.

Peterson said in his 16-year career he has stopped “hundreds” of people who could not produce a license or did not have insurance, which was the case with Wright.

Upon further questioning from Frank, Peterson said stopping a vehicle is “one of the higher dangers” for officers. 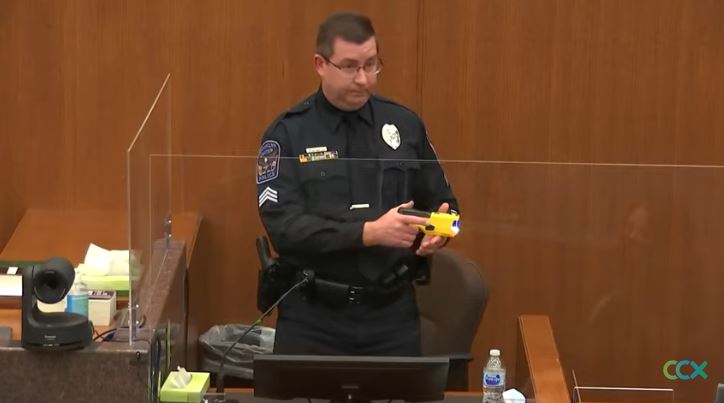 ‘The use of deadly force was not appropriate’

Prosecutors called Seth Stoughton, an associate law school professor from the University of South Carolina as its next witness Wednesday. Stoughton is also a former police officer, having worked about 15 years ago for the Tallahassee, Fla., Police Department.

Stoughton said he reviewed all the evidence in the Potter case, including thousands of pages of written documentation on training records and as well as bodycam videos of the incident. Stoughton was compensated for his work on the case. He testified billing 34 to 35 hours and receiving $9,000 total.

When asked by prosecutor Frank whether he felt the use of deadly force was appropriate, Stoughton didn’t believe so.

“The use of deadly force was not appropriate and the evidence suggests that a reasonable officer in officer Potter’s position could not have believed it was proportional to the threat at the time,” said Stoughton.

Upon further questions, the defense objected.

“He’s making his opinion on the fact that Johnson wasn’t in the vehicle. Come on,” argued Gray.

Sgt. Mychal Johnson was the officer on the passenger side of the vehicle trying to stop Wright from driving away. Johnson provided testimony last week.

“Is he allowed to give an opinion without all the facts?” said Gray.

“That’s what cross is for,” said Judge Chu on her decision to let the testimony stand and allow attorney Gray to bring that up during cross-examination.

“I’m not going to let him discuss opinions that were not previously disclosed,” said Chu in meeting with the attorneys after excusing the jurors for a short break Wednesday.

After the break Stoughton testified that he didn’t believe it was reasonable to use a Taser as Wright got back in the vehicle and tried to flee.

“It’s really dangerous to incapacitate someone who is in position to get a vehicle moving,” said Stoughton.

The expert witness later said, “The use of a Taser in these circumstances was unreasonable and inconsistent with generally accepted practices.”

Stoughton also testifed on the notion that Wright could be arrested later.

“He was unlikely to avoid future apprehension,” opined Stoughton, mentioning that officers had the suspect’s address.

When cross-examined, defense attorney Earl Gray questioned Stoughton’s expertise, even questioning his ability to remember details on his contract.

Gray asked what the cap was on the contract paid for his services and whether it was $50,000.

Gray approached the witness stand and had Stoughton look over the contract. Stoughton then said the total obligation would not exceed $95,000.

The defense also questioned Stoughton’s knowledge on whether there was more weapons out on the street.

Gray asked, “You would agree with me there are many more weapons and firearms in cars and on person than there were 15 years ago?”

“I don’t think there’s any valid statistical evidence to support that,” responded Stoughton.

Gray later grew frustrated that Stoughton couldn’t give a yes or no answer.

Asked Gray, “Would it raise your concern when you went back up to the car to arrest Mr. Wright that he had a weapons warrant outstanding, a bench warrant? He didn’t show up. A judge ordered it. Would that raise your concerns about a weapon being in the car?”

“There is always..,” Stoughton started to answer.

“It calls for a yes or no, by the way,” interrupted Gray. “Yes it would raise my concerns or no it wouldn’t.”

“I can’t fairly answer the question with a yes or no,” Stoughton responded. 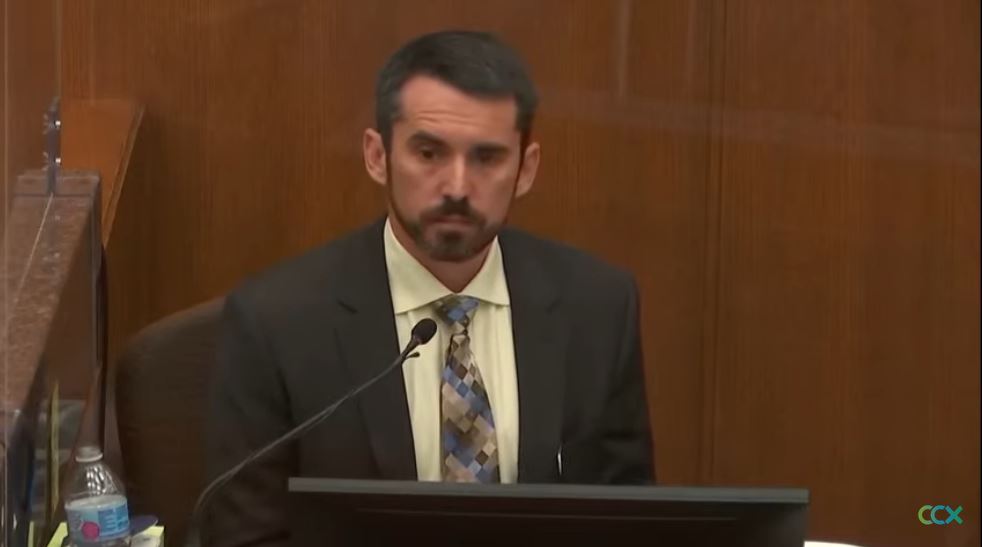