A man is in the hospital following a shooting that led authorities to a suspect trying to escape on a bicycle in Brooklyn Park.

According to Champlin police, there was a shooting at about 7:40 a.m. Saturday in a home on the 11100 block of Yates Avenue North, just north of Jackson Middle School.

Brooklyn Park police later located the shooting victim who, for some reason, transported himself to a Kwik Trip on 96th Avenue North. The 44-year-old man had several gunshot wounds. He was taken to the hospital where he underwent surgery for non-life threatening injuries, police said.

Then at about 6 p.m. Saturday, near the same Kwik Trip, multiple agencies including Brooklyn Park and Champlin officers, chased down a suspect who had fled on a bicycle.

That suspect, a 26-year-old man from Fridley, is being held on charges of first-degree assault and felon in possession of a firearm. Champlin police say they located two firearms. Police continue to actively investigate the incident. 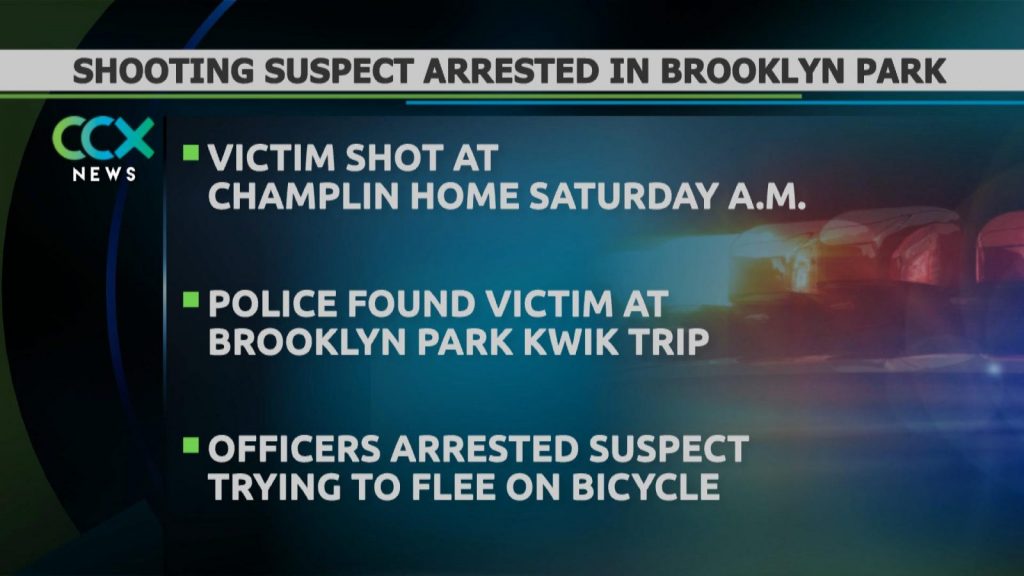