The Plymouth Police Department swore in two officers who are familiar faces to the northwest suburbs.

David Kuhnly and Todd Kloss took the oath of office at Tuesday’s city council meeting. Both will play integral roles for the department.

Kuhnly, who will serve as deputy chief, comes to Plymouth after working for the Golden Valley Police Department for 20 years. He grew up in Plymouth and is an Armstrong High School graduate. 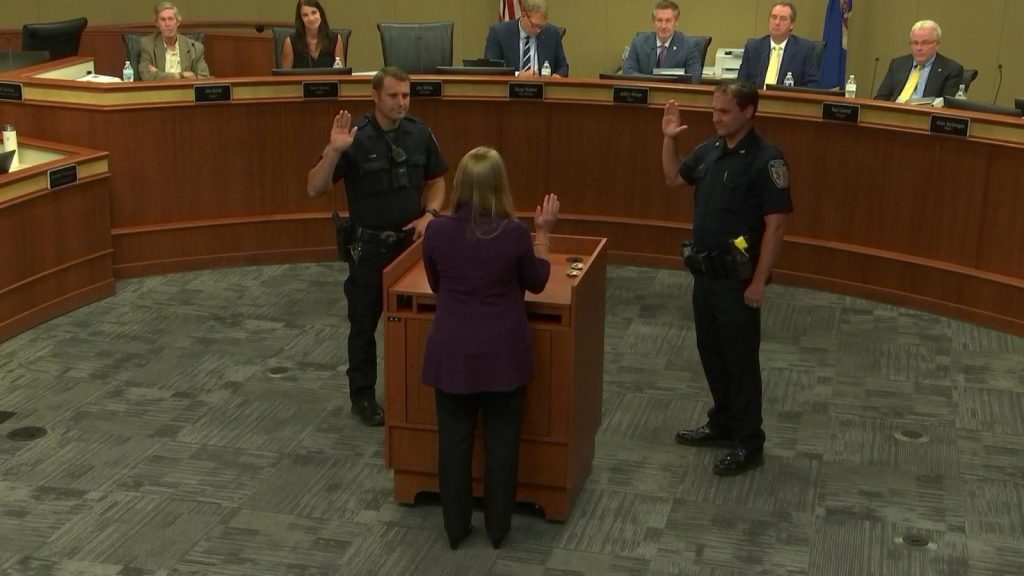 Officer Todd Kloss, meanwhile, comes to Plymouth after working for the Deschutes County Sheriff’s Office in Oregon. Kloss had a prior stint working for the Plymouth Police Department before the Oregon job.

During his time in Oregon, Kloss quickly became an expert on marijuana laws after recreational marijuana was legalized in that state in 2014. Kloss was also featured in a Netflix documentary for his expertise on drug investigations. He recently served as a patrol sergeant before he and his wife decided to move back to Minnesota.

“We know we got to recruit, we know it’s not like it used to be. But Plymouth is a destination place for officers who want to be here,” said Mayor Wosje on the new hires. “And they have the support of the council, of staff. We appreciate our police so much.”

The Plymouth Police Department is currently down six officers, but two new officers are scheduled to start on Monday. Job postings can be found here: https://www.plymouthmn.gov/departments/human-resources/employment