On any given day, tens of thousands pack the fairgrounds, each with a mission to find their favorite food.

And for the past five years, Que Viet has slowly worked its way into the hearts of hungry Minnesotans.

“This is our giant egg roll on a stick, and it comes on an actual chopstick that we give at the restaurants too,” said Vy Bui, one of the owners of Que Viet. “People will come back three or four times during the fair. Same day. So we know that people love the egg rolls.”

Que Viet, which has a location in Brooklyn Center, sells Vietnamese iced coffee, garlic cream cheese wontons (which are exclusive to the fair), and of course, the giant egg rolls.

“You’ll never have an egg roll like the Que Viet egg roll, and once you have it, it will be hard to not come back,” Bui said. 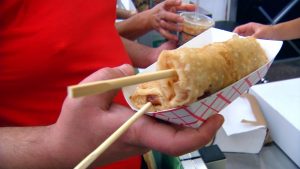 Moving on to the first floor of the Grandstand, and you’ll find one of the fair’s rare healthy food options at Gentleman Forager.

“Well we like to take things that are out in the wild that people might normally overlook unless they have a passion for something like mushroom hunting or wild plants or berries, and kind of bring it all together,: said Mike Kempenich, owner of Gentleman Forager.

Kempenich is an alum of Park Center High School, and at his stand you can pick up items like pre-packaged mushrooms, trail mix, and nut butter. He’s also made sure not to sacrifice taste in the name of health.

“I’m not really into healthy food that doesn’t taste good but you know it’s healthy,” Kempenich said. :I’m much more interested in figuring out how do we make healthy food taste really delicious.” 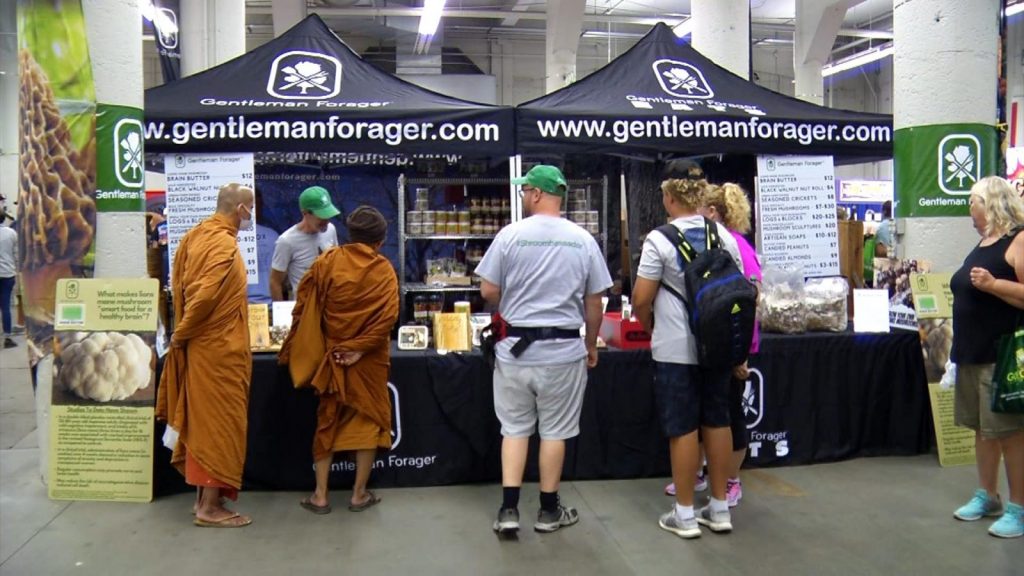 Gentleman Forager is located on the first floor of the Grandstand.

Meanwhile, the State Fair has roughly 300 food vendors, but according to Sarah Frakes of Minneapolis, there is one undisputed champion: the Minneapple Pie.

“There is nothing like a fresh apple pie with cinnamon ice cream. I’m literally about to lose my mind,” Frakes said. “I literally have a bite and my soul lights on fire.”

The deep-fried apple pie was concocted by a family that owned a diner in Rogers. The stand is now celebrating 10 years at the fair.

“Once you have that first bite, you can taste the quality and the love that goes into it,” said George Atsidakos, owner of Minneapple Pie.

It’s the sort of love where, for at least one day, calories don’t really count. 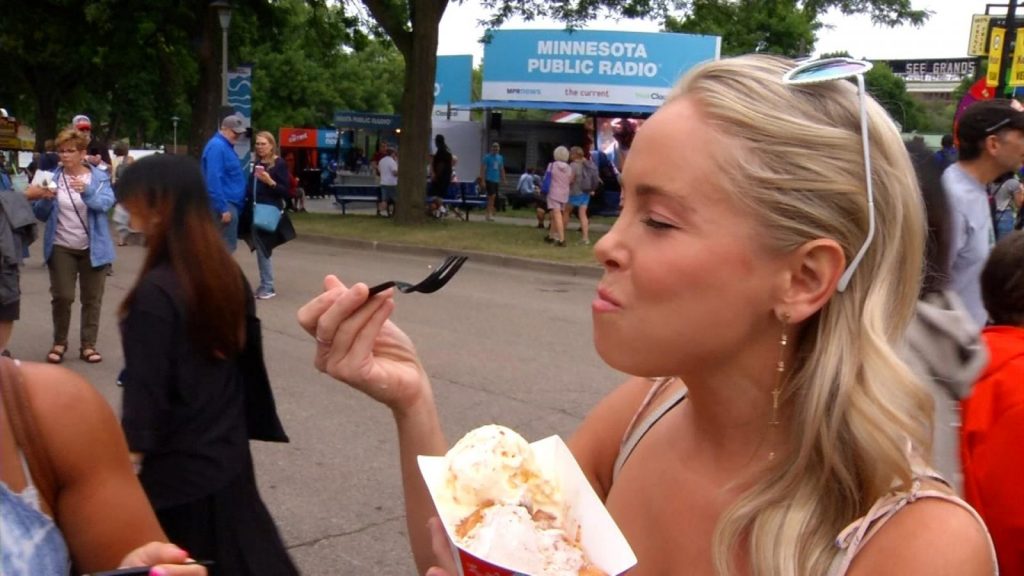