In the first council meeting of 2023, Kristy Janigo and Rachelle Johnson took the oath of office to serve as Maple Grove City Council members. Mayor Mark Steffenson, who was re-elected in the fall, also took the oath to serve.

Afterwards, council members and the mayor gave “State of the City” remarks. Mayor Steffenson mentioned new development that goes beyond retail and restaurants.

“I also think we have a number of things that are happening that might bring very significant new business developments to our city that I think will be exciting for our community,” said Mayor Mark Steffenson from Maple Grove.

Steffenson also said the completion of Highway 610 will help support the growth they are seeing in that part of the city. 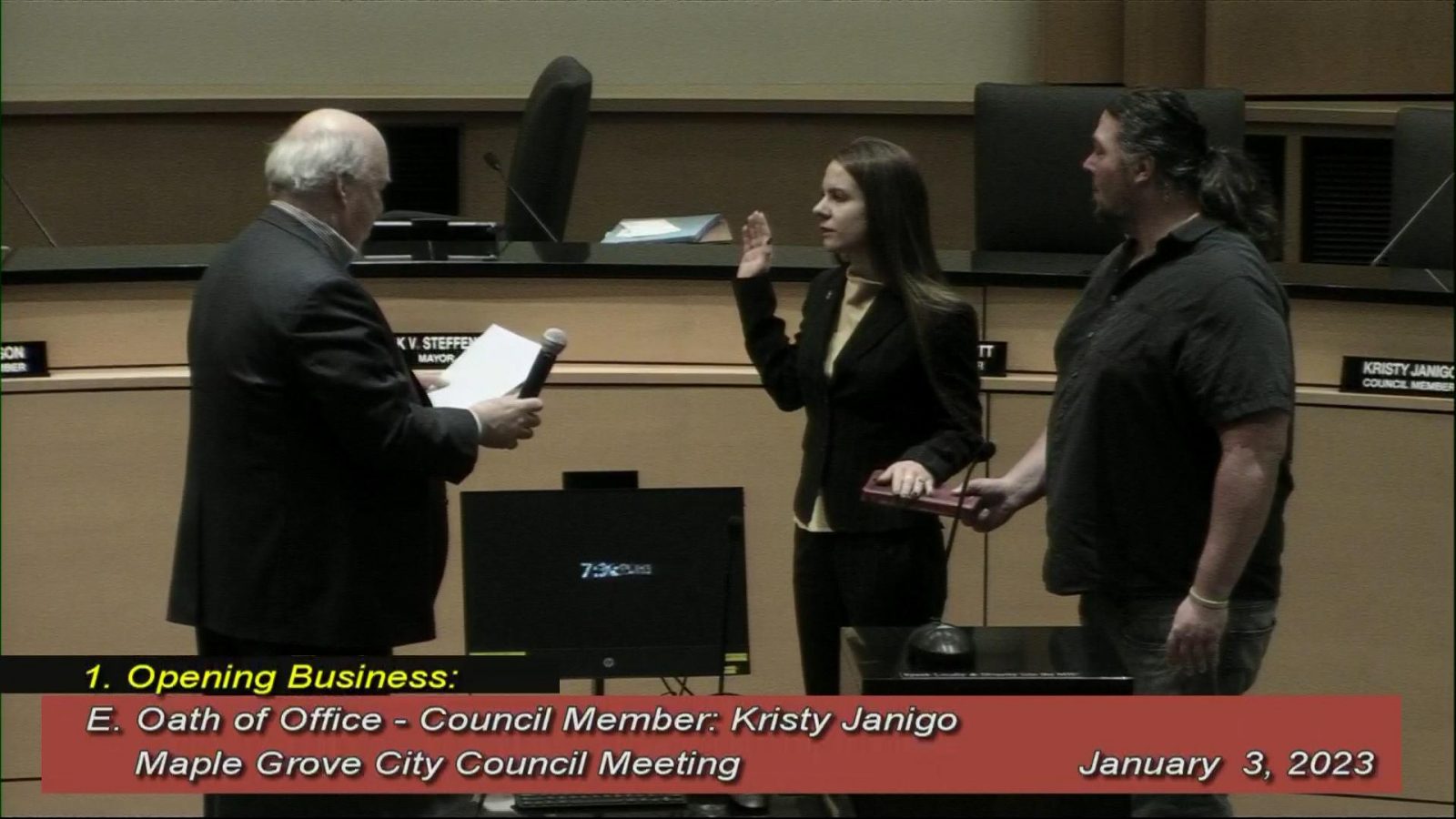 Kristy Janigo takes the oath of office to serve on the Maple Grove city council.