“Pickleball is having fun and then playing and doing something for your own body, it’s good, losing some weight, and it’s healthy,” said the 74-year-old Sorour.

Sorour picked up the sport — which can best be described as a mixture between tennis, ping pong and badminton — about 6 months ago.

Initially, it was a way for him to get exercise after years of playing soccer left him with bad knees.

“If I lose, I lose. If I win, I win,” he said. “The winning and losing doesn’t matter. It’s just being involved that matters.”

The sport is not particularly hard on your body, which is why it’s popular among seniors. 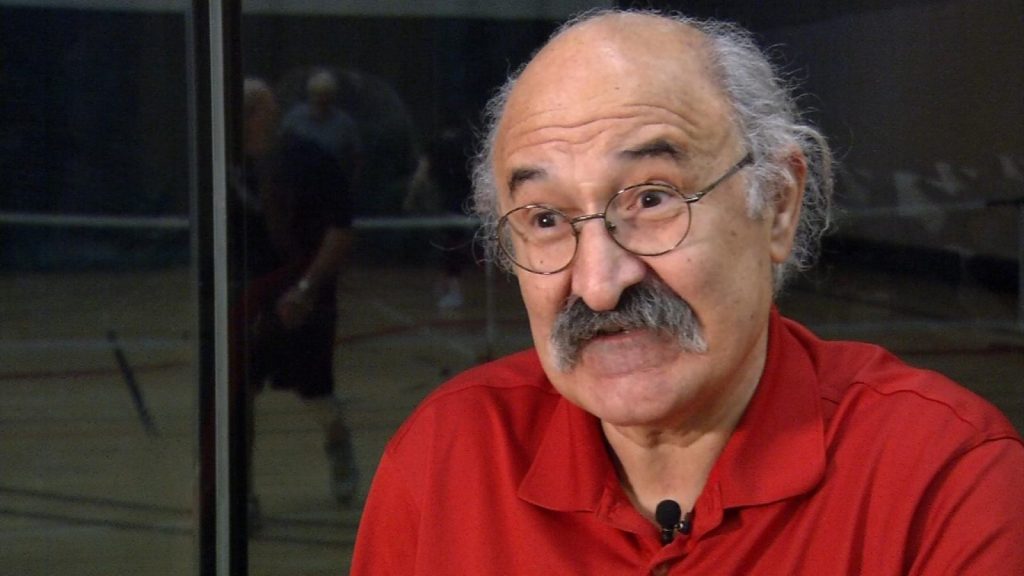 A sense of community

“I see new faces, I go introduce myself, I said, well what are you doing? And we just kind of chit and chat and in the meantime we play pickleball,” he said.

That sense of community has been important for him. In 2017, he lost his wife.

“I lost her to cancer after 44 years,” Sorour said. “After that I was in bad shape. Really bad shape. But I was involved in sports all my life. Something that helped me was sports.”

Here on this pickleball court, he’s found a way to overcome his grief and channel his emotions into something positive.

Sorour has since remarried and plays alongside his new wife, Lili Habashi, who introduced him to the game.

“When you’re playing, you’re constantly exerting yourself and being creative and growing and learning. It’s amazing,” Habashi said.

Through this game, Sorour has found a new family, and as he gets up in age, he looks forward to improving his game, his lifestyle, and expanding his social circle.

“I’m happy here,” he said. “I’m happy to be part of this organization that they provide me with a space to come here and play pickleball.”