The Maple Grove City Council will soon consider not one, not two, but three different housing projects. All of them, according to officials associated with each of the projects, fill an area of need in the city.

Plans for 250 market-rate apartments just west of Maple Grove Hospital are moving forward as one part of a 100-acre development proposal called the Minnesota Health Village.

The apartments proposed by Minnetonka-based Roers Cos. now await city council approval. The Maple Grove Planning Commission unanimously recommended approval on Monday. The building would be located at the southwest corner of Grove Circle Drive and 99th Place North.

The $51 million project will be the third development by Roers in Maple Grove. The others are Havenwood Senior Living, currently under construction at County Road 101 and Bass Lake Road,  and New Creations Child Care, located across the street from the hospital.

“The medical health village is a concept we’re really excited about,” said Jeff Koch, one of the owners of Roers Cos.

The project includes a public park on the southern portion of the site. Koch says the project will benefit from expansion of the Maple Grove Hospital area.

“There’s still strategic need for this type of housing in your community,” Koch told the Maple Grove Planning Commission.

According to documents submitted by Roers to the city, amenities for the market-rate apartments are expected to include a fitness center, a community lounge that can accommodate private events, an outdoor patio and pool, a coffee bar, pet spa and 1,100-square-foot business center/WiFi lounge.

If approved by the council, construction is slated to begin in late January or early February.

The Minnesota Health Village, led by Minneapolis-based Ryan Cos. and North Memorial Health, is expected  to contain more than 1 million square feet of office and specialty medical space, and more than 500 housing units, including the Roers proposal. 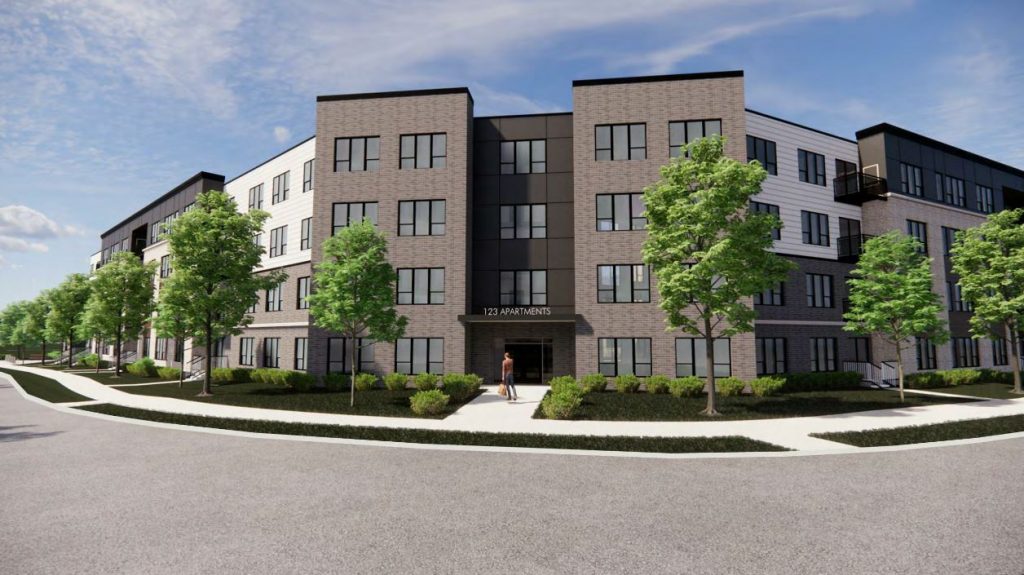 Meanwhile, a second apartment project in Maple Grove is recommended for approval by the planning commission. Minnetonka-based Duffy Development Co. is planning the third and final phase of the Bottineau Ridge Apartments on 80th Avenue, west of Hemlock Lane. You can view renderings of the apartments here.

According to city officials, the Bottineau Ridge Apartments were first envisioned in 2008 to provide workforce housing for the Arbor Lakes and downtown areas of Maple Grove. The project got its name from a potential Bottineau light rail stop that ended up not happening, said Joe Hogeboom, director of community and economic development.

“Bottineau Ridge fills an important housing niche in this area,” said Hogeboom, noting it provides housing to families or individuals who may be on fixed or restricted incomes.

The first phase of construction began in 2015 with a 4-story building containing 50 units. A second phase opened last year with an additional 50 units. The third phase, also 50 units, will mirror phase two in design.

The project won’t be impacted by an apartment moratorium that the city put in place in May. Projects that received prior concept approval aren’t impacted. The moratorium will allow the city to study whether it has a reached a saturation point on multifamily housing.

The Bottineau Ridge Apartments will include a community room, fitness room and on-site property management. The third phase is expected to be completed in the summer of 2022. 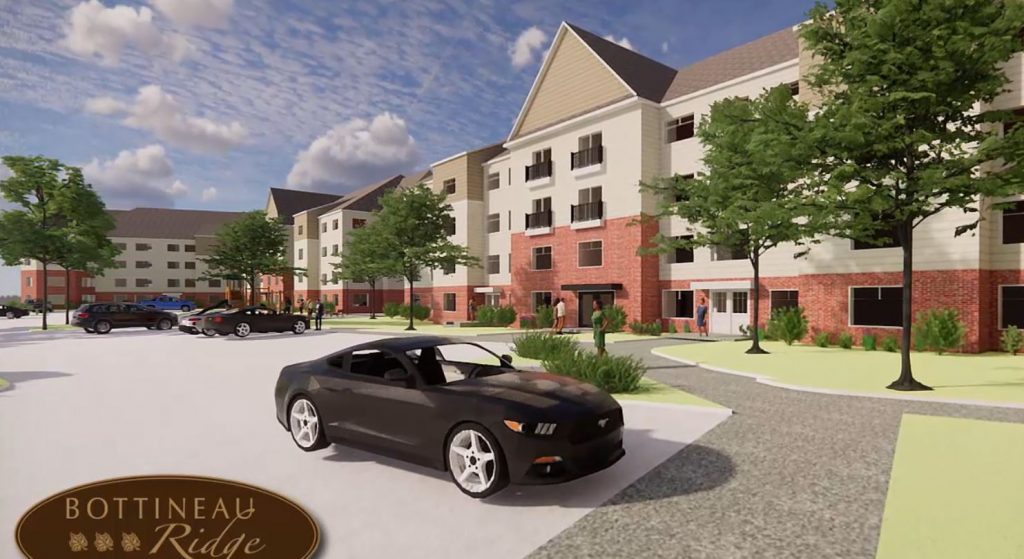 The Maple Grove Planning Commission is also recommending approval of a concept plan for a third housing project. Lakeville-based D.R. Horton, Inc. is proposing 77 attached row-style townhomes and 42 single-family homes at the corner of Jefferson Highway and Highway 610. The 24-acre site includes the former Ahrens Greenhouse.

At least one planning commission member had concerns about squeezing too many homes on the property.

“It seems like we’re putting in quite a bit of facility in a relatively small area,” said Chuck Lenthe, planning commission member.

The Maple Grove Planning Commission ended up recommending a comprehensive plan amendment to allow a higher density on the eastern portion of the property. The western portion would stay under the current housing density guidelines of one to four units per acre. The Maple Grove City Council will have the final say.

The single-family homes would be 55-foot wide lots with between 1,300 and 2,100 square feet of living space, not including the basements. The standard lot width in Maple Grove is 80 feet.

The row-style townhomes would be 3 stories in height and 1,700 square feet in size. There are two access points planned to the development, both off Jefferson Highway. No access will be provided from Nathan Lane, easing concerns of neighbors to the west who worried about cut-through traffic, since there are schools located both north and south of the area. 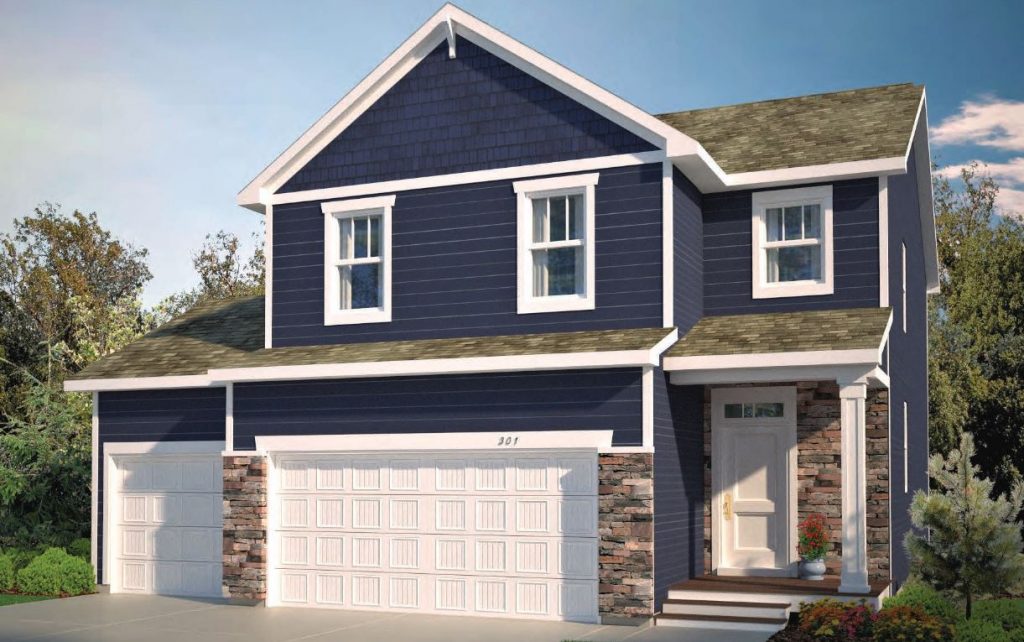