A Michigan man threatened to shoot employees and set fire to a Maple Grove Jimmy John’s restaurant, according to criminal charges filed Thursday.

A criminal complaint says John Michael Van Singel, 29, of Holland, Mich., entered the location on Blackoaks Lane on Tuesday and stated he “was with DoorDash,” placing items including a lighter on a table. When staff members said they don’t use DoorDash, the complaint says Van Singel “became irate,” telling staff that “tonight, you’re gonna get a bullet in your head.”

At one point during the encounter, Van Singel told employees “do you want to see the MacBook or the mac” before reaching into his backpack, the complaint said. Employees thought when the suspect referenced the “mac,” they believed he was referring to a gun. MAC or Military Armament Corporation is a former weapons manufacturer.

Police eventually located and arrested Van Singel at another store. In addition, police located a gasoline can containing a flammable substance during a search of the suspect’s vehicle. 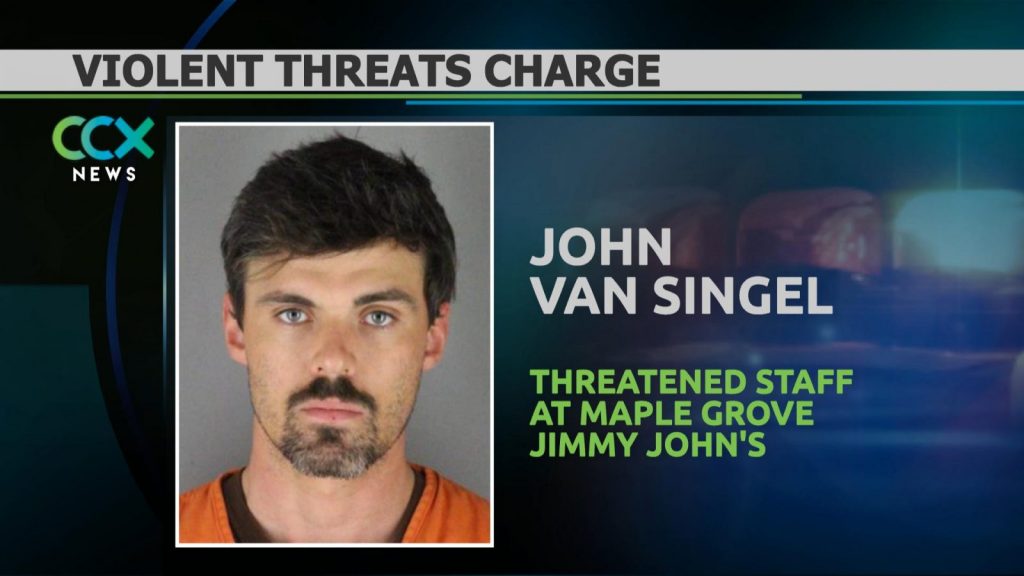 The complaint said during his transport to jail, Van Singel “repeatedly kicked the back door and back panel” of the squad to try to get the attention of others. When police asked why he was continuing this behavior, Van Singel stated “he was trying to scare more people.” The complaint also said the suspect began spitting on the plexiglass.

Van Singel is charged with one count of threats of violence, a felony that carries a maximum sentence of up to five years in prison.

Court records show Van Singel has had run-ins with police in multiple states.