Every day, thousands of cars travel up and down County Road 81 (Bottineau Boulevard) in Crystal.

The road has three lanes of traffic going in both directions to accommodate those vehicles. But if the Metro Blue Line Extension is approved, the train would run right down the center of the road, possibly reducing the number of lanes from six to four.

“Our specific, most significant concerns are the traffic impacts of reducing Bottineau Boulevard from six lanes to four,” said John Sutter, Crystal’s community development director. “And I would say, city staff is skeptical but open-minded about that and the council is divided about that.”

Reducing the number of traffic lanes was one of the details discussed on June 29 when officials from Hennepin County and the Metropolitan Council led a bus tour of the light rail route. 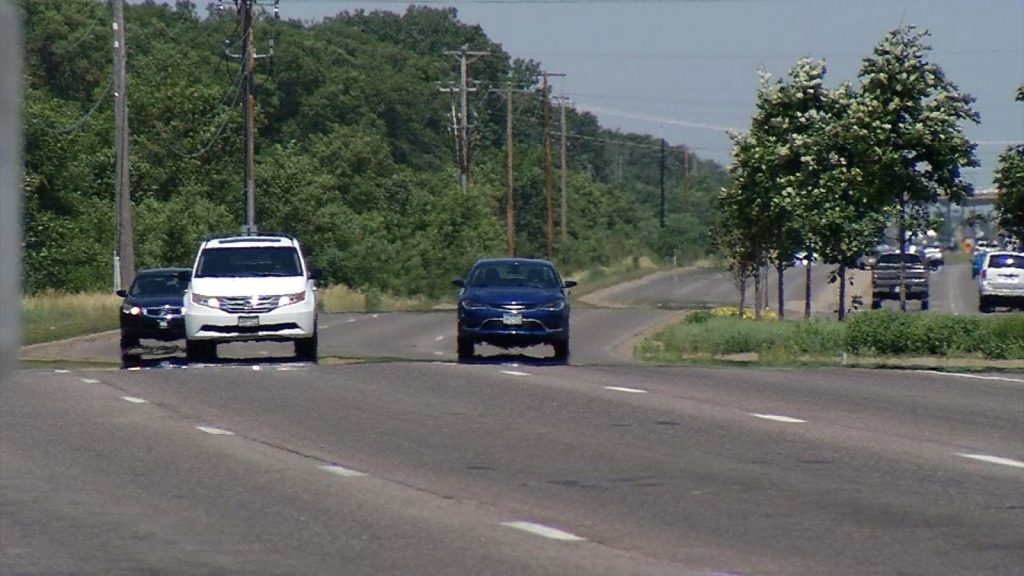 County Road 81 in Crystal could be reduced from six lanes to four to accommodate light rail trains.

News of the route was met with opposition from leaders in Crystal and Robbinsdale. That’s significant because the project likely needs municipal consent from all the cities along the route to proceed.

In Robbinsdale, the number of lanes would stay as-is, but city officials have voiced their displeasure about having the train run down the center of County Road 81 to begin with.

For now, project leaders are now working to determine the location of the Robbinsdale LRT station, and whether to build a park and ride lot next to Elim Lutheran Church so that existing in the city businesses don’t lose parking.

“So how do we incorporate the LRT into that downtown to preserve the vision of what Robbinsdale is today,” Soler said to a crowd during a stop in Robbinsdale. “That’s part of our goal and mission.”

It’s a mission they have a year to figure out before the big vote on municipal consent.