A revised light rail route from Minneapolis to Brooklyn Park now has the green light. The Metropolitan Council and the Hennepin County Board of Commissioners approved the modified route for the METRO Blue Line Extension this week.

The revised route would go down the middle of County Road 81. That aspect of the route has drawn concerns from some cities such as Robbinsdale and Crystal.

Robbinsdale city leaders have expressed concerns the revised option would split the city in half. Crystal leaders, meanwhile, are concerned the light rail route will result in fewer traffic lanes on 81.

Each city along the route must provide municipal consent — votes that are at least a year away. It’s not entirely clear what would happen if each city doesn’t agree to the project.

The route had to be revised after government agencies involved with the project couldn’t reach an agreement with BNSF Railway to share its freight corridor. The original BNSF rail corridor plan was shelved in 2020.

Following 18 months of planning, project staff says feedback from hundreds of community meetings helped guide the revised route selection process. Construction on the revised route is now slated to begin in 2025. With the announcement, the light rail project will move forward with design and engineering work.

“I believe the benefits of the new route exceed the original route, from providing needed transit connections in North Minneapolis to serving North Memorial [Health] Hospital in Robbinsdale and the growing communities of Crystal and Brooklyn Park. This is a critical transportation investment for our communities and region,” said Charles Zelle, chair of the Metropolitan Council.

Project officials say they are also working to address concerns over displacement in north Minneapolis, which could occur as a result of the extension. 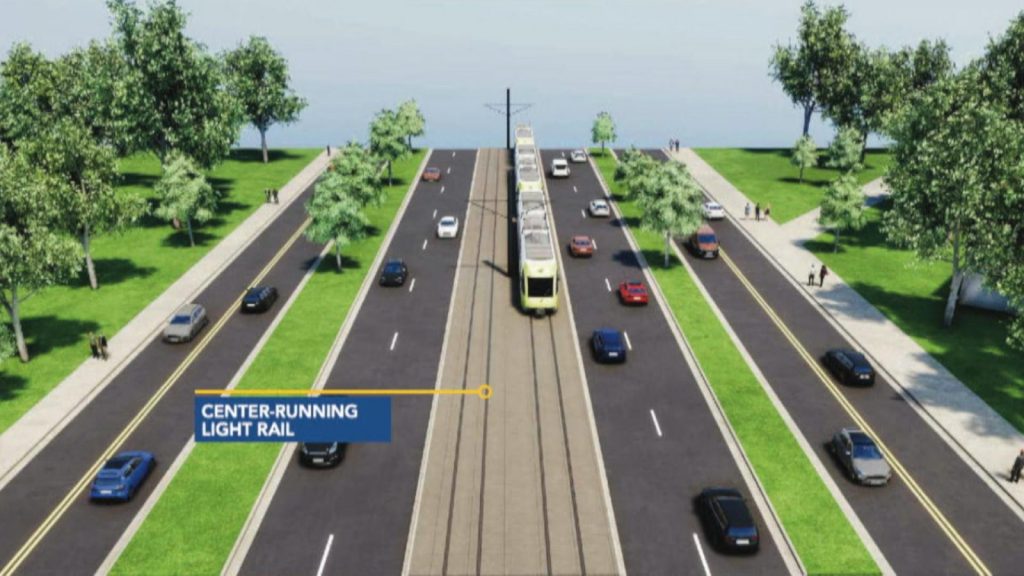 Route would go down middle of County Road 81