Leopold’s Mississippi Gardens in Brooklyn Park wants to deliver memories that last a lifetime. But for them, the last two years have been ones the wedding venue would like to forget.

“We all want to be here. We all want to do what we’ve been doing. And the past two years have been really, really tough on so many levels,” said Erin Hegedus, general manager of the business.

The pandemic took a toll on many small businesses. But one of the hardest hit sectors was the wedding industry.

“I think we’re at the point now where people are really ready. They want to get married. there’s an increase in traffic in that regard,” said Jamie Leopold, co-owner of Leopold’s Mississippi Gardens.

Leopold joined event planners and others in the live events industry to make a plea for federal pandemic relief funds at a listening session last year hosted by U.S. Rep. Dean Phillips.

“If you’re not a certain type of place like a restaurant or hotel, you fall in kind of a hole,” explained Leopold on why no relief ever came.

Leopold says her venue was only able to survive because her husband, Jordan, played professional hockey.

“We had something to fall back on because I didn’t receive help,” said Leopold.

Other venues weren’t as fortunate. Leopold says her industry also experienced a double whammy because wedding bookings postponed at the onset of the pandemic couldn’t be held until a year later due to COVID-19 restrictions, pushing new bookings back another year.

“You’re essentially losing that date and the other year, twice,” Leopold explained.

Just now is Leopold’s Mississippi Gardens starting to feel a return to a normalcy in business. The business also no longer has to worry about capacity restrictions due to COVID-19, which were lifted May 28 of last year.

“It’s a huge weight off my back,” exhaled Leopold. “It was pretty much felt like two years of a cloud, just a giant cloud over us.” 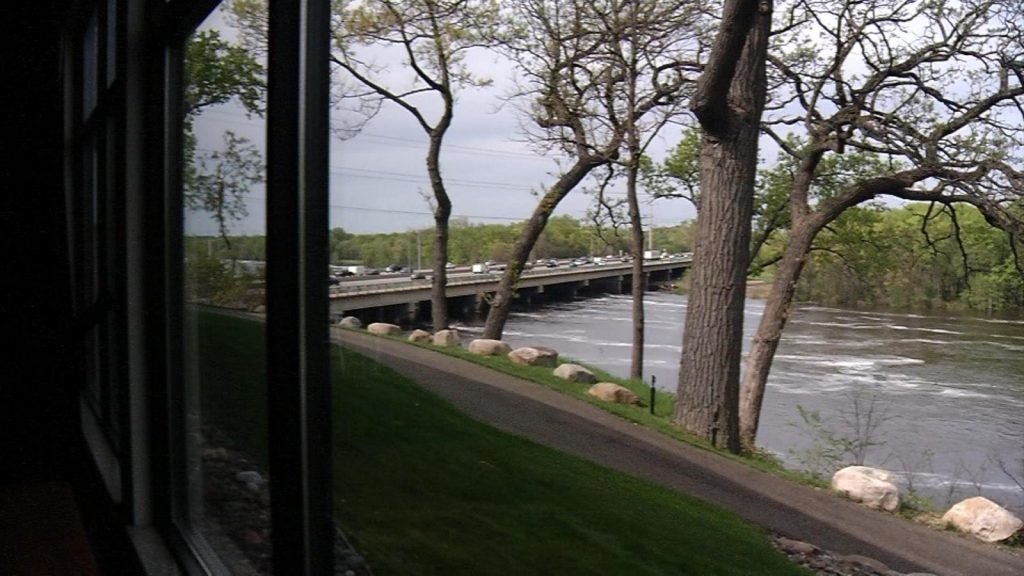 Today, the Brooklyn Park venue is seeing a rush of last-minute bookings. Its first two weddings of the season are scheduled over Memorial Day weekend. The wedding venue also for for the first time became a destination for high school proms. Armstrong High School, Totino-Grace and Brooklyn Center High School all recently held proms there.

And there are other new ideas at the location overlooking the Mississippi River. Now Leopold’s Mississippi Gardens hosts happy hours every Tuesday with live music. It’s also starting classical music concerts with candlelight featuring musicians from the Minnesota Orchestra. Unlike the free music happy hours, tickets for the classical concerts must be ordered in advance.

“It’s really meant to bring the community into our space,” said Hegedus.

Large family events are planned as well, bringing bounce houses and games on the property.

“Having some of these large events that are utilizing everything that Leopold’s has to offer is going to be really, really fun,” Hegedus said.

Fun too because it’s a sign of happier times ahead.

“We’re expecting a lot of fun, a lot of people to just come and be able to kind of kick off their shoes so to speak,” said Leopold.