On the evening of Nov. 3, someone broke into the Brooklyn Park Salvation Army and smashed a number of windows, intentionally set fire to coats and a pew in the sanctuary, and vandalized vehicles in the parking lot.

Jack Heinrich was subsequently arrested and charged with arson, burglary and damage to property for that incident.

Nearly two months later, much of the damage has yet to be repaired due to supply chain issues. But through it all, the Salvation Army has persevered thanks to people’s generosity.

“All sorts of donations from toys to the coats to food to monetary donations to help make sure that the impact of those events weren’t going to be felt by the Salvation Army having to curtail anything going on,” said Major Scott Shelbourn, the Salvation Army’s Twin Cities commander.

One of those donations came from Minnesota native, and current NBA player, Chet Holmgren. In early December, he visited the Brooklyn Park location and distributed hundreds of coats to families in need.

“It was really a sight to see,” said Shelbourn. “These little kids that are less than three-foot tall, and then you’ve got this seven-foot tall basketball player helping them pick out a coat. And they just would look up and their eyes would get as big as saucers seeing this huge person.” 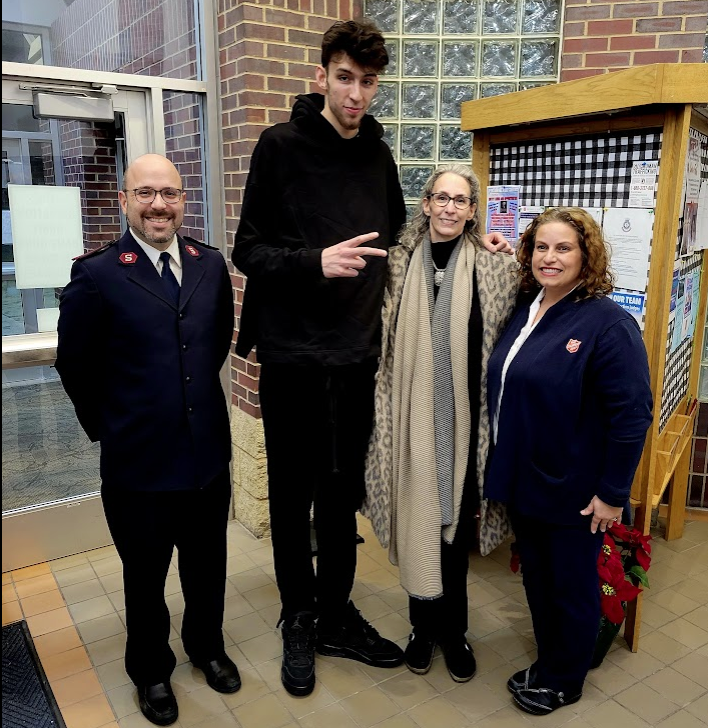 As the new year approaches, the Salvation Army is asking Minnesota residents to channel their inner Chet Holmgren.

The Twin Cities Salvation Army is currently $1.8 million short of its $12.5 million fundraising goal. The money helps the Salvation Army put together food and clothing drives, as well as provide assistance to people for things such as rent and utility payments.

“The $1.8 million deficit is not insurmountable,” Shelbourn said. “And we know we live in a very generous community and the Twin Cities has always been very supportive of the Salvation Army and its ministries.”

If you want to donate to the organization, you can go to the Salvation Army website to help them reach their fundraising goal. As for the Brooklyn Park location, they hope to have all of the repairs complete by Easter.