Speaking at a press conference, Minnesota Governor Tim Walz loosened many of the restrictions from the stay-at-home order that was due to expire Monday, May 18. It’s a move that will allow more businesses, including malls, to reopen their doors to customers. But the announcement doesn’t mean it will business as normal and not all businesses will be allowed to reopen.

Restrictions for bars, restaurants, theaters, hair salons and other businesses with in-person services will remain in place until at least June 1. Governor Walz issued a “stay safe” order, that allows some retailers to reopen and social gatherings of up to 10 people.

“We’re not flipping a switch, and everything is going back to normal at once,” said Walz. “We’re slowly moving the dial and introducing more interaction between people over time.”

With the lifting of the Stay-at-Home order, noncritical businesses can reopen if they have a safety plan and operate at no more than 50 percent of capacity. As for malls, they will be allowed to reopen their doors, but health officials will monitor common spaces to make sure people are social distancing. Walz said he is directing his cabinet to assemble similar guidance on how to safely reopen bars, restaurants, barbershops, and salons beginning June 1. This will coincide with a significant increase in testing, tracing, and isolating the virus in the state, Walz said.

“I recognize how hard this pandemic has fallen on them,” said Walz.

The Department of Employment & Economic Development (DEED) estimates that this action will enable up to 37,000 more workers to safely return to work over the next several weeks. The stay-safe plan will also allow families to gather in groups less than 10.

“Don’t get me wrong, we believe the safest place we can be at home, but can we can’t continue like this forever,” said Walz.

Prepared to “Dial Back”

Minnesota is staying steady at hospitalizations, said health officials. Models, including the latest 3.0 version announced today, show the peak is still yet to arrive in Minnesota. And Walz indicated his administration is prepared to reverse course if needed.

“We must be prepared to dial back if needed,” said Walz.

Lawmakers would have to formally vote to end the emergency, which is unlikely with a divided state Legislature. Many House Republican lawmakers want the emergency action to end in order to reopen all businesses. They have threatened to block the $2 billion bonding bill, which requires a 3/5th majority vote for approval. It means six House Republican lawmakers would have to cross the aisle and join the DFL majority for a yes vote, and it’s uncertain they will. (The DFL currently holds a 75-59 seat advantage in the House). 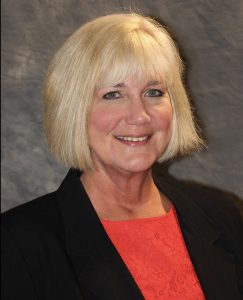 Mary Turner, a nurse at North Memorial Health Hospital and president of the Minnesota Nurses Association, raised concerns about going to the less restrictive Stay Safe Order. She’s wonders about the increasing the supply of personal protective equipment (PPE), a concern she raised in a previous interview with CCX News. In a statement to CCX News, she also urged the need to dramatically expand COVID-19 virus testing and continuing to social distance.

“Failure to protect each other will result in a dramatic spike in positive cases, overload hospitals, and cause the very caregivers we need to succumb to the virus themselves,” Turner said.

“Nurses also hope to reopen Minnesota businesses as soon as possible, but, just as many other Minnesotans have expressed, it’s not possible to do so without jeopardizing the safety of healthcare workers and all Minnesotans,” Turner said.

House Speaker Melissa Hortman, DFL-Brooklyn Park, meanwhile, has announced the formation of a panel to determine best ways to safely reopen the state’s economy. State officials estimate that roughly 91 percent of workers throughout the state could work in some fashion as of last week. The exceptions were bars, restaurants, hair salons and small brick-and retail shops. Houses of worship are limited to 10 people or less for meetings and gatherings. 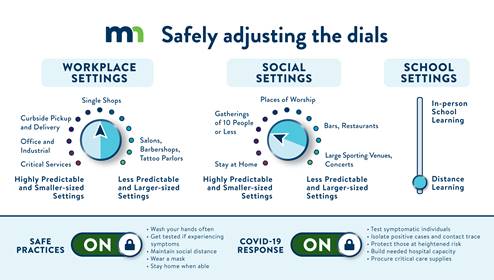