Golden Valley Mayor Shep Harris publicly responded for the first time to a report that alleged misconduct by the city’s police department.

Mayor Harris read a joint statement on the results of the independent investigation conducted by the law firm Greene Espel. The city contracted with the firm in March to investigate allegations that the department had a “toxic and racist workplace culture,” among other issues.

Last week, the findings from the investigation were released in three reports. Investigators focused on eight officers. One officer remains on the police force, one officer was fired and six others left the department.

The report found “offensive” and “racist” remarks by the one officer who was fired. The investigation also showed “an inappropriate and toxic workplace.”

“We want to acknowledge the harm and trauma the actions outlined in these reports have caused in our community. The impact is significant,” said Harris. 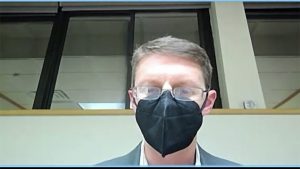 CCX News asked the city’s first Black police chief, Virgil Green, how the study results made him feel. He provided the following quote:

“We believe all forms of discrimination negatively impact everyone, especially Black, Indigenous and people of color. We will continue to pursue meaningful changes to transform our police department so that all our community members are seen, safe and respected.”

The mayor also said the city council is committed to holding itself and the entire community accountable for practicing anti-racism.

A city spokesperson told CCX News no on-camera interviews are allowed because the situation is a personnel issue.