Golden Valley Mayor Shep Harris apologized Tuesday night for comments made at a March 1 council meeting when he said he believed the search for the city’s next police chief had been negatively impacted by the city’s police department.

During the public comment portion of the March 1 meeting, Harris said his choice for the next police chief would be Virgil Green. He also said he believed the search process was impacted by a department that he said has a “toxic culture of hostility, intimidation, paternalism and unfortunately, racism.” Harris also mentioned that city staff members don’t feel safe in the same room as some members of the police department.

Following the March 1 council meeting, interim police chief Scott Nadeau put in his two-week notice and withdrew his name from consideration for the permanent chief job.

Nadeau was one of the people that Harris apologized to in the Tuesday, March 15 meeting.

“To Chief Scott Nadeau, I apologize for any misunderstanding for my previous statement. My purpose was not to malign your reputation, or force you to resign or withdraw from the process,” said Harris. “You stabilized the police department at a critical moment in time and helped reestablish relationships between the police department and city hall.”

Harris went on to apologize to the city manager, the council and the community for the “any harm I caused in creating any confusion” around the hiring process.

He also said the council and administration support the police.

“Unfortunately there is this false narrative being told that you are either pro-police and against the racial justice work or you are pro-racial justice work and anti-police. The situation is being painted as an either-or scenario, when in fact, it’s the opposite. I believe it’s a ‘both/and’ situation,” said Harris. “The two can be, and need to be mutually beneficial for the city of Golden Valley.”

Harris called the work “very difficult, messy and even painful.” 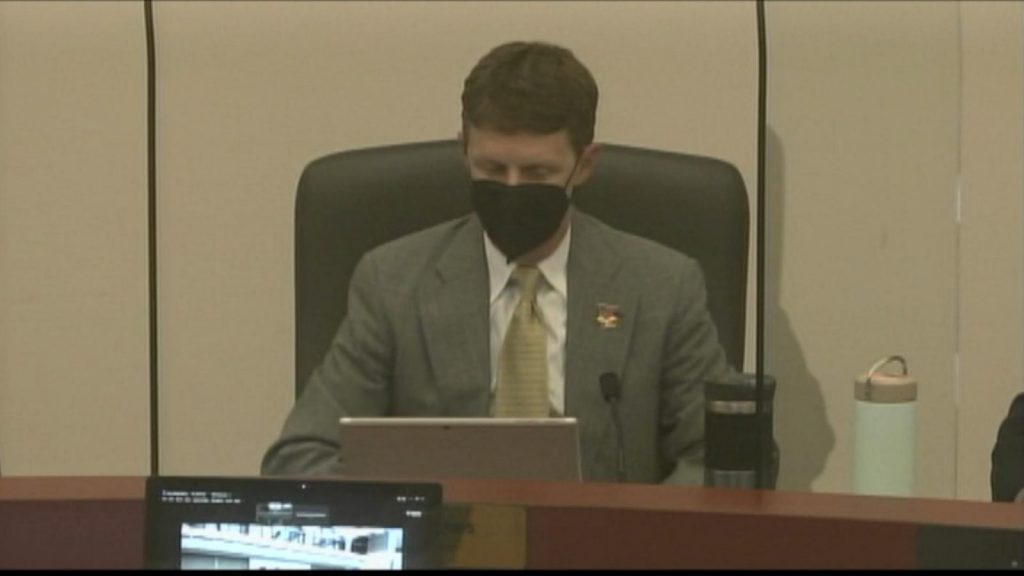 City hires outside firm to investigate

The Golden Valley City Council also approved a contract to hire Minneapolis law firm Greene Espel to investigate the police chief hiring process. The contract was approved on the consent agenda with no discussion.

In a four-hour closed meeting on March 7, the city council discussed the mayor’s allegations made at the March 1 city council meeting and the city’s legal risk. The minutes say council members and five members of city staff discussed the allegations and acknowledged the staff’s responsibility to further investigate the hiring process. The estimated budget for the employment investigation is $93,000 to $120,000. Funding will come from the police administration budget.

The city is not commenting further on the nature of the investigation.

Surya Saxena with Greene Espel provided us with this statement:

In the meantime, Golden Valley has named police Operations Commander Alice White to be acting police chief. White took over chief duties on Wednesday. She started working for the Golden Valley Police Department in October after serving as a Minneapolis police officer for 17 years.

Golden Valley’s next police chief is expected to be Virgil Green pending background checks. Green has experience with police departments in Oklahoma and the Mid-South.