A former Brooklyn Center police chief testified in the trial of former officer Kim Potter Thursday as the list of witnesses called nears an end. Two more are expected Friday when testimony resumes at 9 a.m, including Potter, who is charged with first- and second-degree manslaughter in the April 11 fatal shooting of Daunte Wright during a traffic stop.

Timothy Gannon testified that he believed the use of a Taser was appropriate as well as the use of lethal force, even though Potter says she intended to use her Taser instead of her Glock.

“When I viewed both camera angles and had all the data in front of me, I saw no violation,” said Gannon referring to police department policies and procedures and state law.

Defense attorney Earl Gray also asked the former chief if he would lie under oath to help Potter, whom he considered a friend.

“Sir, there’s a reason why I am an ex-chief. Nobody gets me to say something or do something that I don’t believe in. I wouldn’t lie for anyone,” Gannon said.

According to court testimony, Gannon was forced to resign his chief post because he wanted to give Potter due process, but some elected city officials wanted her fired immediately.

“I believe one of the reasons that I was requested to leave the agency was because I would not immediately fire Kim Potter,” said Gannon.

The former chief also testified that his handling of the civil unrest factored into the decision for his forced resignation.

Gannon, who started with Brooklyn Center police in 1994, one year before Potter, said his former colleague had an impeccable record.

“She was a fine officer,” said Gannon when he was interrupted by state prosecutor Matthew Frank, who objected for beyond the scope reasons.

“There’s certain things within the department you get known for. Are you handling your calls? Are you professional when you talk with people? Are you doing good police reports? She was known for doing all those things.”

Potter resigned when Gannon was still chief. During cross-examination Frank asked Gannon if he felt bad for Potter at the time.

Other officers who worked with Potter also considered a law-abiding and “peaceful” officer.

The jury was told to disregard that statement.

“She was a calming force with a lot of new officers,” said Smith.

Potter was a field training officer for officer Anthony Luckey on the day of the shooting. Video evidence showed that Luckey tried to handcuff Wright when Wright broke away and got back in the vehicle when the fatal shot was fired as Potter was yelling “Taser! Taser! Taser!” 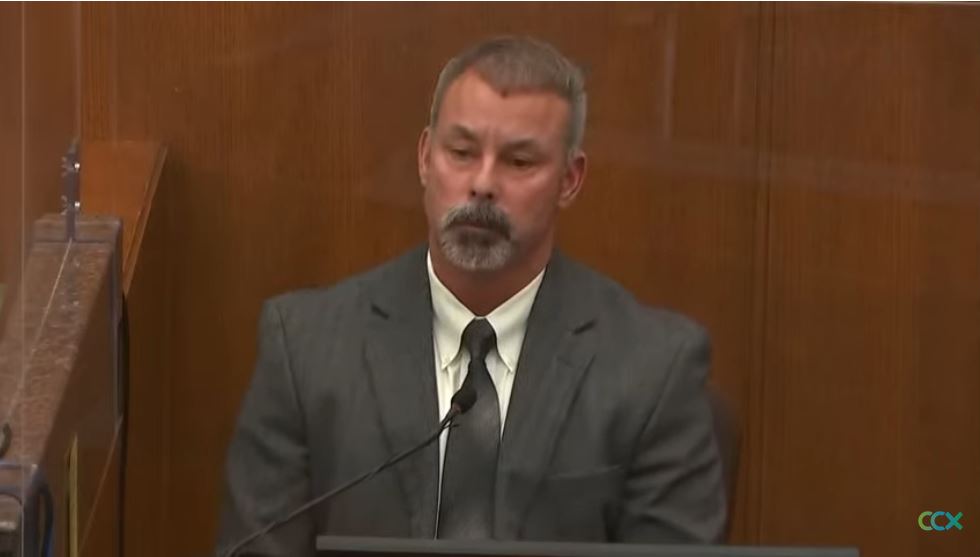 During testimony Thursday morning, the defense provided an expert witness, a retired assistant police chief from Springfield, Mo., who remains a licensed police officer for the last 43 years.

Stephen Ijames testified that he provides opinions on police matters in court, including four current cases. Ijames said of the four cases, three were not favorable for officers, with the other supporting the officer’s actions – that being Potter’s. Ijames said he did not charge for his review of the case.

“I just felt that something as significant as someone’s freedom suggested that I should give an opinion without any question about motivation,” testified Ijames.

On Wednesday, jurors heard from University of South Carolina Law Prof. Seth Stoughton, who was a Tallahassee, Fla, police officer about 15 years ago. Stoughton testified that both the use of a Taser and lethal force were unreasonable in the Daunte Wright traffic stop. Stoughton testified that he billed the state a total of $9,000 to review the evidence and provide his opinion.

Stoughton also testified that police could have let Wright flee rather than using a weapon on him saying Wright was “unlikely to avoid future apprehension” because his identity was known.

Ijames testified on Thursday that it would be a “dereliction of duty” not to carry out a bench warrant ordered by a judge. Wright was wanted for illegal gun possession. Wright also had a restraining order filed against him by an undisclosed woman. The female passenger in the car with Wright was not the same woman, but police didn’t know that at the time of the traffic stop.

The defense also had Ijames provide his opinion on then-Sgt. Mychal Johnson’s position on the passenger side. Johnson was leaning into the vehicle with his hand on the gear shift trying to prevent Wright from driving away.

“An officer half-in and half-out of a vehicle that is about to be put into drive with a door open would certainly meet that standard of being in immediate danger, death or serious injury,” testified Ijames.

Asked defense attorney Paul Engh, “So an officer seeing that could shoot?”

“It would meet that standard and an officer could shoot, yes sir,” replied Ijames.

During cross examination, prosecutors pointed out that answer was only a hypothetical, as the witness believed the officer on the passenger side trying to stop Wright “was probably more out than in” the vehicle at the time the fatal shot was fired. 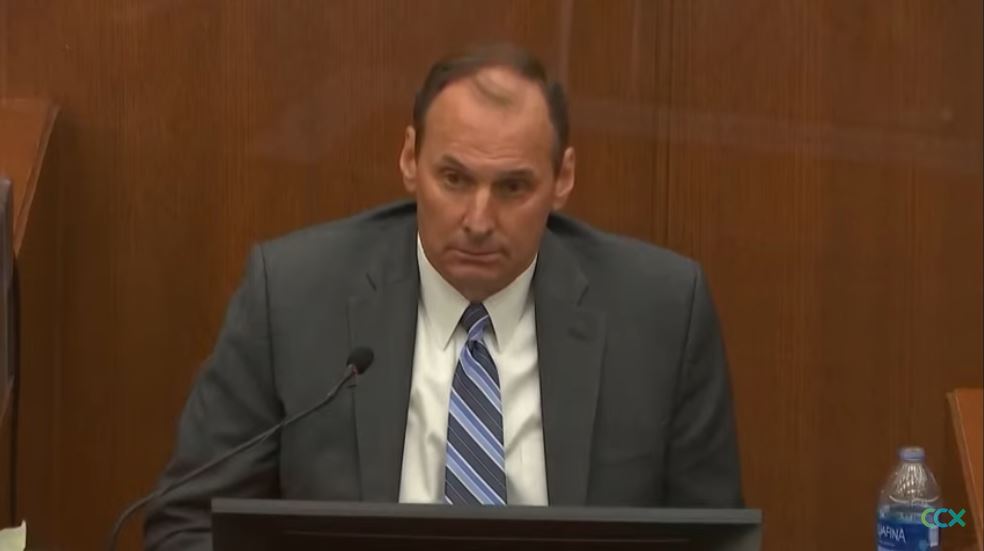 Arbuey Wright, 42, took the stand on Wednesday to answer questions about what it was like to be Daunte’s father. Daunte Wright was the oldest of three children he shared with his wife, Katie Bryant.

“The relationship with the younger sisters was like a big brother,” answered Wright when asked by prosecutor Erin Eldridge. “[Daunte] joked a lot”

Wright mentioned how he got together for cookouts with his son and said Daunte loved to play basketball.

During further testimony, Wright said he was his son’s boss when they worked together at Famous Footwear. He said his last day working with his son was at the beginning of the pandemic.

Wright also explained what it meant to Daunte to be a father.