Movie theaters in Minnesota won’t reopen until May 1 — at the earliest — due to the COVID-19 outbreak. In the meantime, one theater chain is giving people the opportunity to experience one of the most enjoyable parts of the moviegoing experience.

This weekend, select Emagine Theatres, including Willow Creek in Plymouth, will sell six-gallon bags of popcorn for families to enjoy as they’re watching movies at home. The popcorn is free to anyone who buys a $25 gift card. If you want to buy the bag outright, the cost is $15.

“We’re kind of popcorn snobs, so we really get into this,” said Jake Mueller, director of operations at Emagine Theatres.

Emagine Theatres pops its popcorn in “well-seasoned kettles,” and according to Mueller, they only use three ingredients: 100 percent pure coconut oil, salt and popcorn seeds.

“But we put a lot of thought into the humidity levels and how long we need to pop the popcorn, and there’s a bit of an art form that goes into it,” Mueller said. “We take great pride in that.” 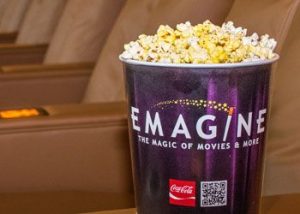 The promotion is just one way they’re looking to generate business at a time when movie theaters have shuttered as a way to protect customers and theater employees from contracting the novel coronavirus.

“It’s been a horrible experience for us,” Mueller said. “It’s something that had to be done, and the safety of our guests and employees are first and foremost. Like most other theaters in the state, we had to lay off a lot of employees that are without work or income right now, especially since a lot of our employees are under the age of 18 and are not qualifying for unemployment.”

The theaters have been closed since Governor Walz issued his executive order to temporary close bars, restaurants and other places of public accommodation on March 16. At the moment, the order is scheduled to last until May 1, but Mueller expects the governor to extend that by another month to June 1.

However, he’s concerned that some theaters won’t be able to reopen if the closure lasts that long due to some of the fixed costs associated with the massive buildings, such as heat, insurance and lease payments to the property owners.

“There seems to be some hope that there will be help from the state government and federal government,” Mueller said. “But that hasn’t come to fruition yet. Who knows how long we can last before those things, those programs, or loans might become available.”

Mueller estimates that when the theaters do reopen, it will take a minimum of six solid months just to recoup some of the losses. After that, it will take “a stellar season” to get back to a point where they’re profitable.

2021 Expected to Be Big Movie Year 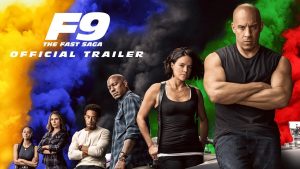 “F9” one of the blockbusters set to be released next year

The good news is that some of the films originally scheduled to be released in 2020 have been pushed back to 2021. Those include “F9” and “Ghostbusters: Afterlife.” Mueller believes as long as theaters can weather the current coronavirus storm, brighter days potentially lie ahead.

“That’s gonna be a stellar year,” Mueller said, referring to 2021. “There’s so much product packed in there, I don’t know how they’re gonna do it. I mean, hopefully that year will help recoup all the losses from this year.”

He’s banking on Americans’ desire to enjoy the spectacle of Hollywood blockbusters on the big screen once the pandemic is under control. But until that happens, the hope is that Minnesotans’ taste for movie theater popcorn will generate some business at a time when the revenue stream has dried up.

“I’m excited. I’m hopeful,” Mueller said. “It could have a huge impact on us and help us make it through this time.”

This weekend will serve as a test run. If it’s successful, they might expand the popcorn menu to include flavors such as caramel, cheese, and sour cream & onion.

“Everyone’s trying to get creative to try to get some money coming in,” he said.