The COVID-19 pandemic may have placed extraordinary budget pressures on local cities, but a new report released by the Minnesota Office of the State Auditor shows many cities managed to stay on their feet financially.

“Things, frankly, were more stable than as I expected them to be,” said State Auditor Julie Blaha.

The report shows a mix of spending reductions, federal aid and use of fund balances helped many northwest suburban cities in 2020. That cautious approach continued in budget planning for 2021.

Property taxes make up a significant chunk of local city revenues, which Blaha said are usually pretty stable revenue sources. But Blaha expressed caution that budget pressures aren’t over yet. That’s because she says the effects of economic downturns on city budgets tend to lag behind other systems.

“That means if the economy turns down, local governments may not feel the full effects for six months to two years after,” she said.

Blaha says another budget factor local governments need to be prepared for in the coming years is rising inflation.

“This is a year where if revenue or if costs change, they’re going to have to change those budgets,” she said. “Minnesota officials are generally good at this, but this year, we really have to be on our game.” 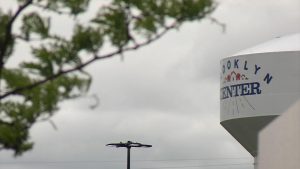 The report showed Brooklyn Center received more than $6 million in federal grants to help with its 2021 budget.

‘These Really Are Uncharted Times’

The Minnesota Office of State Auditor reviews county, city and township budgets, overseeing more than $40 billion in local government spending. Those reviews include legal compliance checks and audits, as well as investigations. It also provides assistance and software training to local governments.

CCX News asked Blaha whether there was a time period in modern history that came close to the budget uncertainty that cities experienced during the pandemic. The closest example she said was the early 2000s recession, which was caused by the bursting of the dot-com bubble.

“These really are uncharted times,” she said.