A 21-year-old suspect is accused of trying to escape Brooklyn Center police by ramming into squad cars with a stolen pickup truck.

Phillip Sadler, of Buffalo, is charged with two felonies, including fleeing a peace officer and receiving stolen property.

The incident happened Saturday at around 2 p.m. near the intersection of 57th and Fremont Avenues North in Brooklyn Center. Officers were looking for stolen vehicles when they noticed the plates on the truck didn’t match the vehicle. They observed the vehicle arrive at a home and it appeared the driver “passed or or fell asleep” with the vehicle rolling into a snowbank before coming to a stop, the complaint said.

As officers moved in to arrest Sadler, the suspect suddenly woke up and observed that he was surrounded. That’s when Sadler accelerated directly into the squad car in front of him, the complaint continued. Sadler then put the vehicle in reverse, slamming into the squad car behind him.

The complaint said Sadler continued to try to accelerate away, “but his tires were not able to gain any traction.” The driver then stopped accelerating the truck and “put his hands out the window” before his arrest. 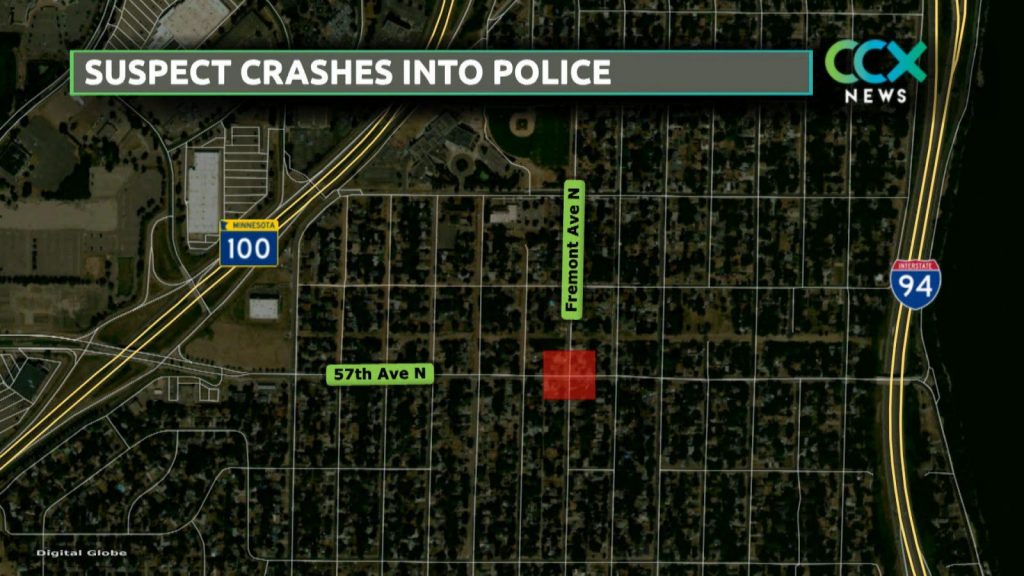 No officers were injured in the ordeal.

In a statement to police, Sadler stated that he received the truck “from a friend of his” and paid $30 to $40 for it. He then admitted that it would be fair to say the vehicle was stolen. He also admitted he was trying to get away from police, the complaint said.

The vehicle was stolen out of Minneapolis, police said. The driver remains held at the Hennepin County jail in lieu of $40,000 bail. His first court date is scheduled for Tuesday.