Jay Boughton, the youth baseball coach was who was killed in a shooting last month on Highway 169 in Plymouth while driving his son home from a baseball game, was laid to rest on Friday.

Prior to his funeral at Messiah United Methodist Church in Plymouth, his family members said they wanted to move past the tragic circumstances surrounding his death and instead, celebrate his life.

“Today, again, is another opportunity for us to focus on that light,” said Stephen Robinson, Boughton’s brother-in-law. “Let’s be clear, what happened to Jay was evil, but we’re not focused on that as a family. We wanted to focus on the light that Jay was, is, and the love for the family.”

Family and friends from the world of youth sports, and other areas of Boughton’s life, packed the church to pay their respects. 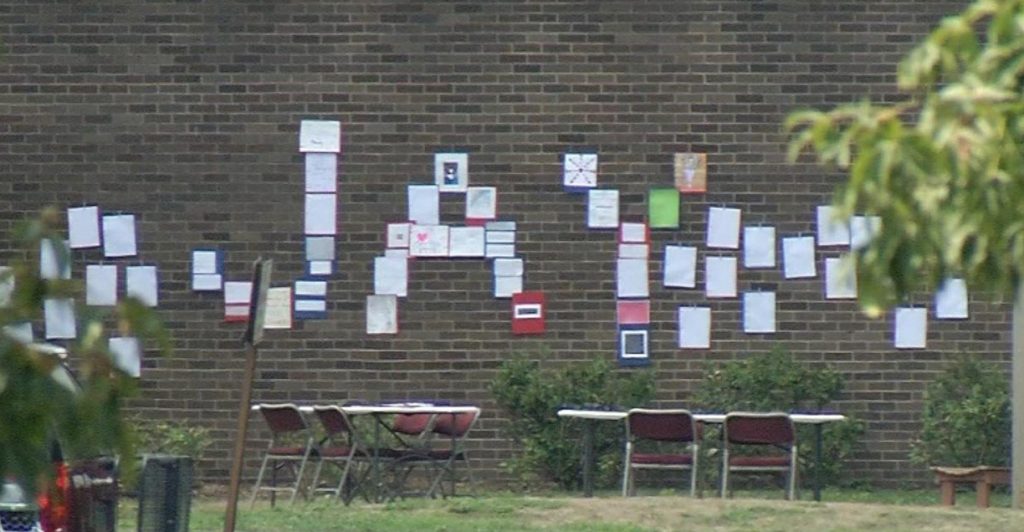 A decoration outside of Messiah United Methodist Church in honor of Jay Boughton.

Family members say they’ve felt the love from everyone in the Twin Cities since the night of the incident.

It was July 6 when someone shot into Boughton’s vehicle. Rain blurred the traffic camera video from that night, but police say the shooter’s vehicle was a silver Chevy Suburban, model years 2015 to 2020.

Investigators remain optimistic that they’ll be able to find the person responsible.

“Our detectives are extremely busy,” said Plymouth Police Chief Erik Fadden. “They continue to be very busy, and I’m optimistic that every day we’re getting one step closer to closing the case in this horrible incident so that we can move forward.”

Last week, the law firm of Schwebel, Goetz & Sieben, announced that there’s an additional $10,000 being donated to the Jay Boughton reward fund. Anyone with information should call Crime Stoppers of Minnesota or the Plymouth Police Department.