Cleanup from Plymouth Train Derailment Expected to Last Into Summer

People who live or drive near the area where the train derailed in Plymouth can expect cleanup, road closures and train noise to last into the summer. Construction of a temporary road to move train cars out of a wetland area started on Wednesday.

The cause of the train derailment on Sunday afternoon is still under investigation. It happened near Northwest Boulevard, north of Schmidt Lake Road and East of Interstate 494. Police say 22 train cars derailed, which contained asphalt, lumber and molten sulfur.

Crews have been working since the event to cleanup the area, and the city released information on Tuesday saying the cleanup would last through the spring and into the summer.

Crews are also monitoring the environmental impact in the area.

“They continue to do 24/7 air monitoring checks. There’s still no concerns, no signs of leaking,” said Public Safety Director Erik Fadden. “Canadian Pacific Rail has a team come in two times a day to check the valves of cars that are overturned.”

Canadian Pacific will be constructing a temporary road to remove the derailed train cars, while still allowing trains to run on schedule. 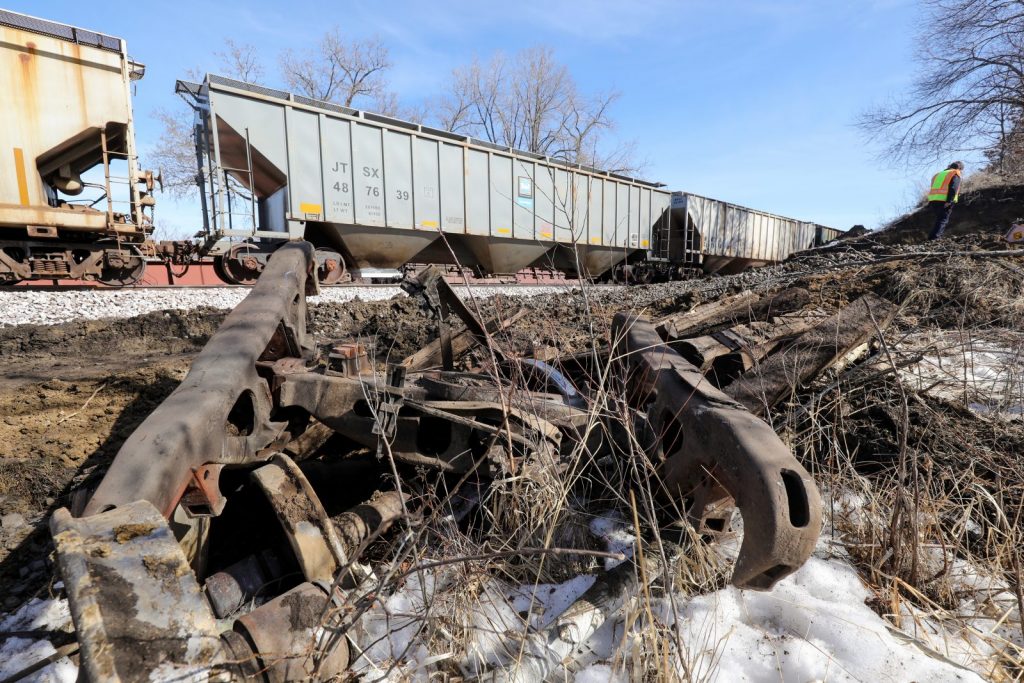