For those who enjoy the ocean or those who never experienced it, a business in Plymouth brings the ocean to them. Nestled inside an industrial area off Intersate Highway 494, New Wave Aquaria brings the beauty of the seas up close to the public. It’s a place where you’ll find the largest collection of saltwater fish and corrals in Minnesota.

One Hungry Bubba Stirs Up Interest

The business is Jen Wanner’s passion.

“It started in my apartment,” said Wanner. “So I had a little room where I would quarantine fish, I had two or three clients. My original client I actually still have.”

Wanner still remembers how she first got interested in marine life as a little girl.

“We had a big angelfish named Bubba and 40 neons, and then 38 neons, then 20 neons, then 5 neons. And we realized the angelfish was eating all our fish,” recalled Wanner. “And to me that was just intriguing. I was wondering why was this happening.

“By the time I graduated high school, I didn’t have a bedroom. My brother and I are what you call ‘fish nerds.’ I turned my desk drawer into a sump system. I drilled through my desk and made this beautiful aquarium and had all the filters hidden. My mom was really mad.”

From her first aquarium to a business that now looks like a marine museum. It includes rare multi-colored corals and saltwater fish, some that come with made-up names like “Conspicuous George,” referring to a black and gold angelfish. Another is named “Clarice.”

“She just looks like a murderer from silence of the lambs,” laughed Wanner. 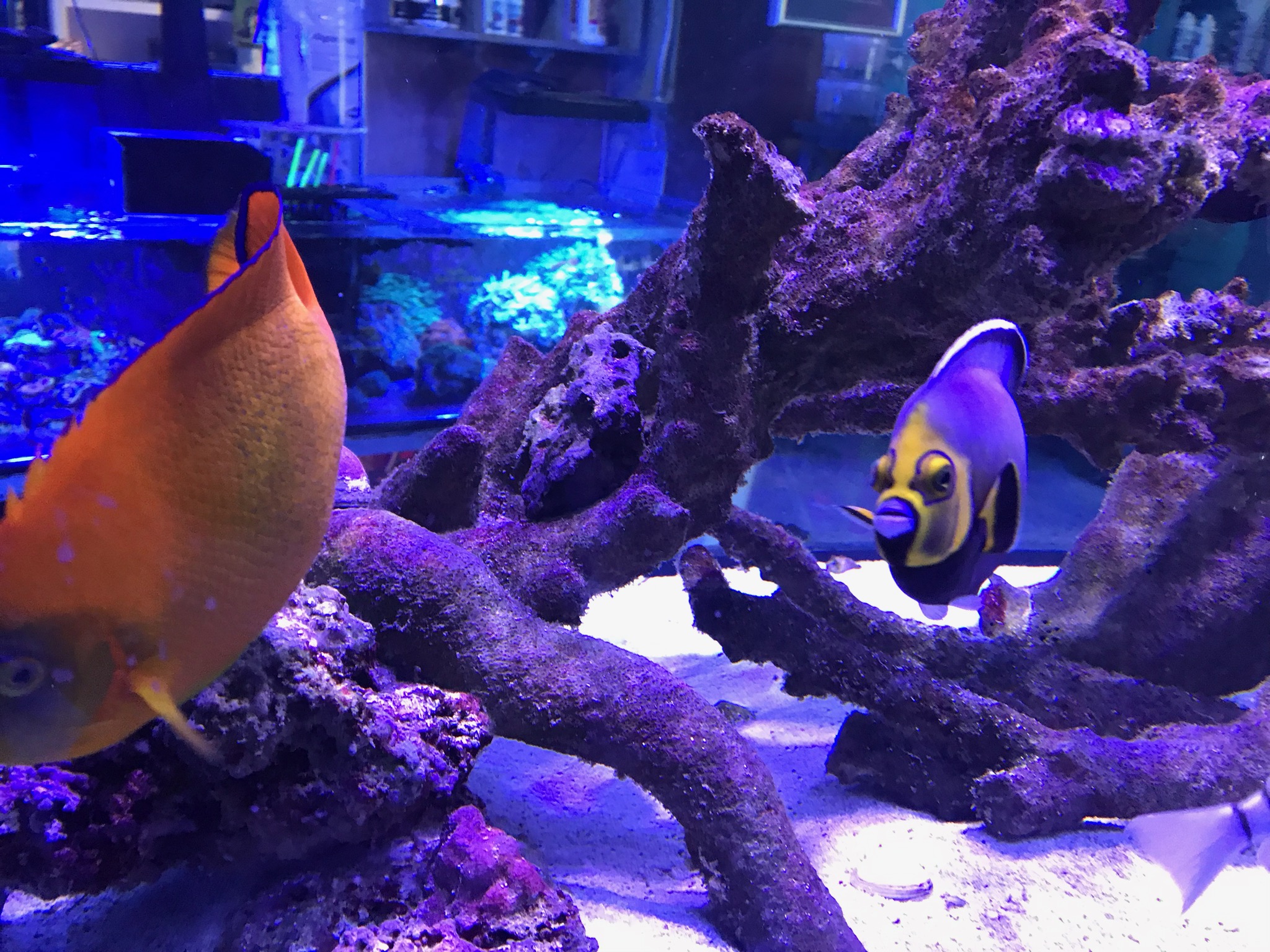 More Than Meets the Eye of the Colorful Fish

There is more to New Wave Aquaria than meets the eye of the colorful fish. Wanner says her business also helps preserve marine creatures.

“With storms and global warming, and all these other things, a lot of these species are being wiped out,” she said.

Wanner has spent years researching and visiting places around the world to find out what makes fish tick. Last year she traveled to a fish farm in Indonesia. She wanted to further study best food sources, how to ward off disease, how best to collect fish, best temperatures for fish and swim patterns.

“The end game for me is for people to enjoy these fish for long periods of time,” Wanner said. “I don’t want to take a fish from the ocean and then have it die. That’s sad. I want the longevity. I want people to maintain these fish like any other pet.”

Wanner also wants her business to preserve a part of the ocean. Pointing to acans, a type of coral that’s generally easy to maintain.

“What we do is we frag them. We cut them into fragments, and we let them heal and then we resell them. We can take one specific coral and share it with more people.”

Coral Sales Are No. 1

Wanner guesses she has thousands of fresh and saltwater fish at her store. They even sell ornamental shrimp. But the top seller is actually corals, followed by fish.

“It’s where we differentiate from basically any other store,” Wanner said. “In this state, for sure.”

The price of corals varies greatly. A lot depends on how much color they have and how old they are. They can range from a couple hundred dollars to several thousand dollars. You can also buy less expensive fragmented corals at the “frag bar” that eventually grow into larger colonies.

New Wave Aquaria also does home installs of aquariums, from small ones to large, elaborate setups.

“We’ve taken a lot of the scary out or the ish out of the fish, they say,” Wanner said.

Wanner says she not only wants to remove maintentance worries, but also have others enjoy a piece of the ocean.

“Several of our customers have never seen the ocean. So coming here and having a fish tank allows them to have a piece of the ocean. and also to gain an appreciation for the ocean.”