Brooklyn Park Police on Street Racing: “We’ve Never Seen it Like This.”

Street racing is becoming a problem, both in the Twin Cities and in the suburbs. Police say blocking streets and performing stunts is posing a danger to the public. 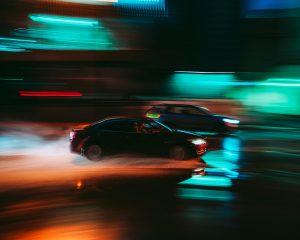 Brooklyn Park Police say they are seeing an increase in street car racing throughout the city.

He says the illegal races are happening all over the city.  Our CCX media security cameras caught a race earlier this year, right outside our parking lot.  You can hear and see the cars zooming through the street. The flashy nuisance is becoming a public safety risk.

“It’s a major inconvenience and safety hazard when you’re shutting down major streets that people need to use,” Bruley explained.

Officials say street race drivers use social media to meet up, and they move from one city to another, that’s why it’s a challenge trying to catch them.

Brooklyn Park Police  and several other agencies are joining forces with the Minnesota State Patrol to stop the illegal races.  They made 61 traffic stops during a joint operation a few weeks ago in Anoka and Brooklyn Park.

“We arrested one driver who fled from a trooper, and we ended up locating it with the use of our assistance of state patrol flight,” said Minnesota State Patrol Lt. Gordon Shank.

While local law enforcement is keeping an eye out in their cities, the state patrol is focusing on street car racing on highways.

“Any racing on the highway is not acceptable and we’re not going to allow it,” said Shank.

Local police and the state patrol say they will continue working together until they can put the brakes on the illegal car races.