A state audit released this week gives us a closer look at how Minnesota’s municipal liquor stores fared in 2021. Of the 212 in the state, Brooklyn Center suffered the greatest financial loss

“With the killing of Daunte Wright, both stores got looted. Everything got destroyed,” said Tom Agnes, the operations manager for Brooklyn Center Liquor. “Again, we were closed for several months. We had a ton of expenses with all the shelving, all the product, all that loss.”

It took nearly three months to get the city’s two stores back up and running. 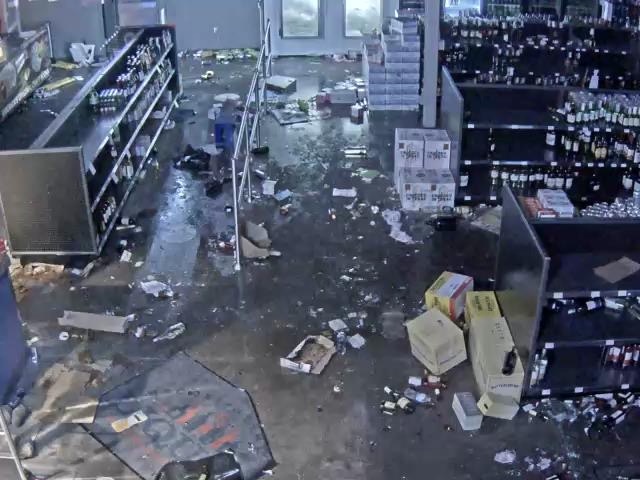 A screenshot showing some of the damage to Brooklyn Center Liquor following the civil unrest in 2021. Courtesy: Tom Agnes

Brooklyn Center Liquor did collect $774,000 in insurance money following the civil unrest, but the money came in chunks, so less than half of those funds were reflected in the state auditor’s report.

Also factored into the net-loss of the state audit is the depreciation of the new building at Shingle Creek Crossing.

Meanwhile, Agnes says he expects a better report next year.

“We had a record Thanksgiving here, so I expect the holidays are gonna do very well here,” Agnes said. “It just took a while for it to come back for us. And yeah, we’re still strong. We’re doing well, but we had a couple of rough years.”

Management has since installed enhanced security measures to make the building more secure should another instance of civil unrest happen in the future.

The city also plans to build a new municipal liquor store in 2023 and move out of the leased location along Brooklyn Boulevard.

As a city-owned liquor store, store proceeds are used to help maintain parks and trails used locally and regionally.