When Ta Leia Thomas saw a man digging in a trash can for boxes to wear as shoes, she took off her shoes and gave them to the man in need.

It happened on Dec. 6 at Brooklyn Center Liquor.

“I’m working with my manager, Berrika, just me and her working up there ringing. And she notices a homeless man digging in the trash can. and she goes, ‘Ace look, he’s putting on shoes,” said Thomas.

But Thomas, whose nickname is “Ace,” says the man was putting on beer boxes as shoes.

“I stopped mid-transaction and went out there and was like, ‘hey you, come here,” said Thomas, who gave him the purple Air Jordans that she had on.

She says they were her favorite shoes, but she didn’t hesitate to give them away.

“When I seen him walk away, he was just so, like his spirit was uplifted, which just made me feel even better cause it’s like, they’re just shoes,” said Thomas.   “If we can all give to each other ever now and then, I think the world would be a better place.” 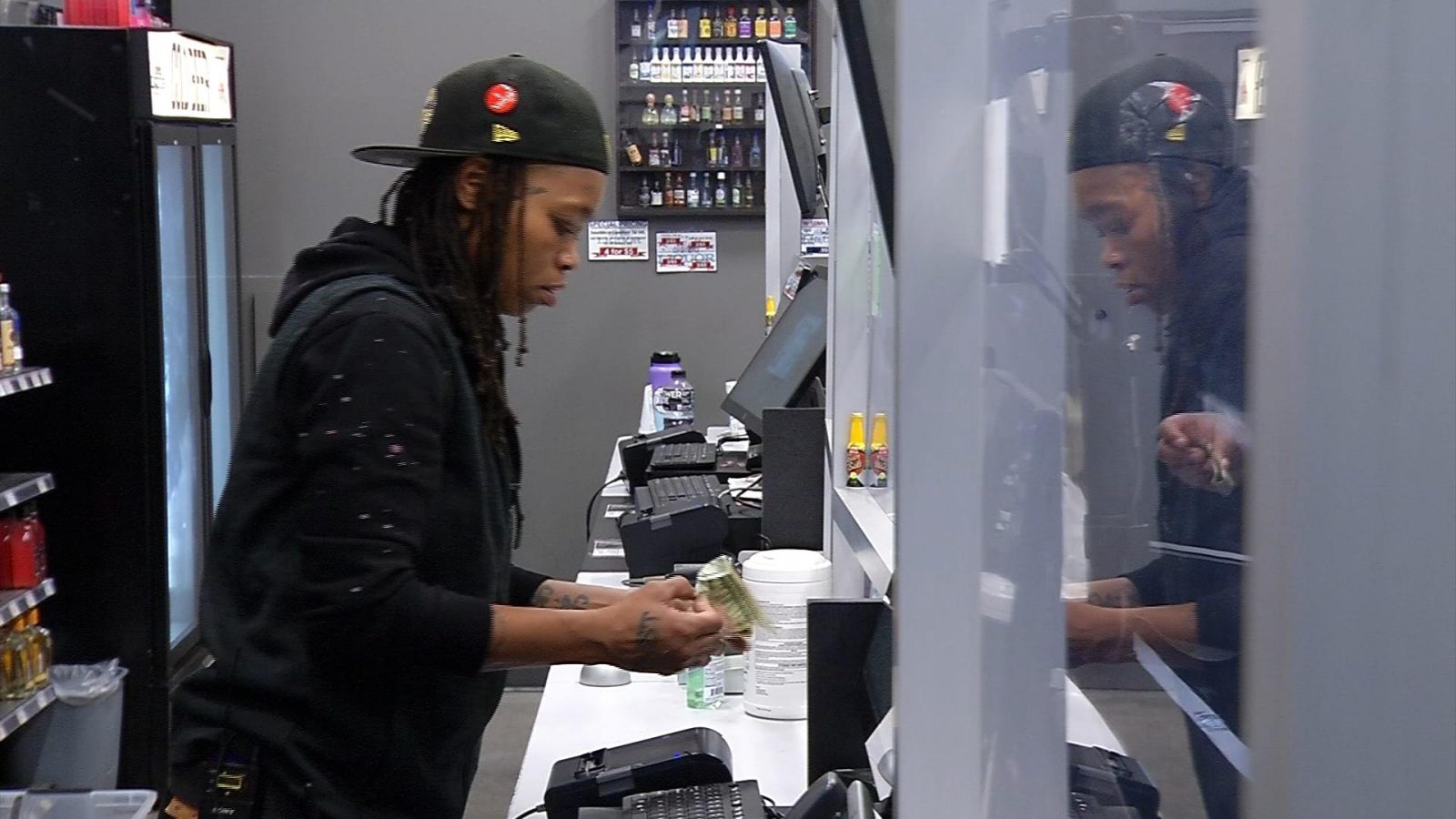 Thomas’s act of kindness was caught on the store’s surveillance cameras. When her boss noticed that Thomas was working in socks, she learned what happened and took her over to a nearby store to buy more shoes.

“We’ve had a couple of tough years here, so I think this is the kind of story we need right now,” said store manager Tom Agnes.