On Monday, the city council fired City Manager Curt Boganey on a 4-1 vote. Boganey had been with Brooklyn Center since 2003.

Mayor Elliott said on Tuesday that Boganey’s response to the protesters gathered outside police headquarters this week prompted the change.

“The city council determined it was in the best interest of the city and its residents to seek new leadership in the city, and we do want to thank Mr. Boganey for his service to the city,” Elliott said.

That job is now in the hands of Deputy City Manager Reggie Edwards. 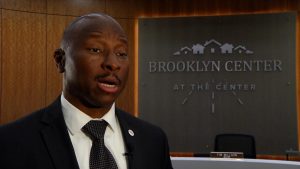 On the law enforcement side, Police Chief Tim Gannon submitted his resignation. He took over that role back in 2015. At the time, Gannon said, “my early passion was teaching and educating new officers how to do the job.”

“There’s a lot of chaos going on right now,” Gruenig said. “We’re just trying to wrap our heads around the situation and try and create some calm.” 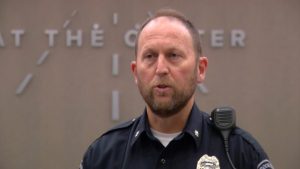 Earlier in the day, officer Kim Potter, a 26-year veteran of the department, submitted her letter of resignation, saying that it was in the best interest of the community, the department and her fellow officers.

“I’m hoping that this will help bring some calm to the community, although I think ultimately people want justice,” Mayor Elliott said of Potter’s resignation. “They want full accountability under the law, and so that’s what we’re going to continue to work for.”

“We want to send a message to the community that we’re taking the situation very seriously,” Elliott said. “Although things did not unfold the way we ultimately thought they should unfold. we’re hoping that we’re turning over a new leaf now. I’m confident in that.”

Mayor Elliott also announced that he plans to ask Governor Walz to assign the Daunte Wright case to the office of Attorney General Keith Ellison.