Gannon has been the city’s police chief since 2015. Potter has been a member of the Brooklyn Center Police Department for 26 years.

“I have loved every minute of being a police officer and serving this community to the best of my ability,” Potter wrote. “But I believe it is in the best interest of the community, the department, and my fellow officers if I resign immediately.”

Gannon has been with the Brooklyn Center Police Department for 27 years. 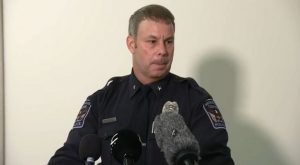 “My early passion was teaching and educating new officers on how to do the job,” said Gannon when he became chief in 2015.

Before he started his law enforcement career, Gannon served in the Marines.

“It gives you that discipline, that sense of self sacrifice, which helped me,” Gannon said about his military experience.

CCX News caught up with Potter in 2012 at the Peace Officers Memorial in St. Paul, where she honored officers killed in the line of duty.

“When I first joined law enforcement there were several officers killed immediately in my career, and I felt I needed to do something to honor their memory and support their family,” she told CCX News at the time. 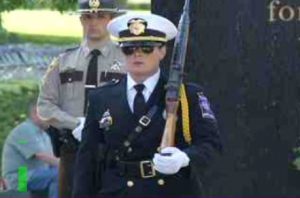