When Gov. Tim Walz signed an executive order on Monday that temporarily closed bars, restaurants and other places of public accommodation to help slow the spread of the coronavirus, it instantly changed the way many establishments do business.

In the case of entertainment venues, such as bowling alleys, they had to cease operations altogether.

But some bars, restaurants and coffee shops were able to stay open, provided that they could offer food and beverages to customers via delivery or takeout service.

A Changing Landscape at Daily Dose

“We obviously had to make a big switch from dining-in to 100 percent carry-out. Whether that be curbside, take-out or delivery,” said Ben Haven, owner of Daily Dose Cafe and Espresso in Maple Grove. “So workflow has had to adapt very fast. That’s been a very interesting thing to have to deal with.”

Under normal circumstances, Haven says food and coffee sales at Daily Dose would be split 50/50. But since Haven had to cease the dine-in component of his business; salads, soups and sandwiches now make up 90 percent of his sales, while coffee purchases have mostly fell by the wayside. 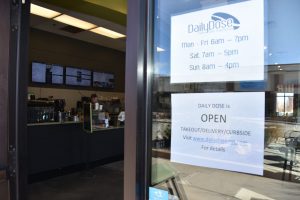 Haven says either he or his business partner now have to make deliveries to their customers. Otherwise, they have to utilize the services of GrubHub or Uber Eats to get orders to people.

Most of their food purchases have come from staff members at nearby Maple Grove Hospital and Maple Grove Clinic & Speciality Center.

“Making sure that we keep our medical community here fed, because they’ve been a huge source of our customer base for so long,” Haven said.

However, even the medical workers won’t be able to keep Daily Dose in business all by themselves.

“For now, it’s sustainable. Obviously we’d love to see our customers back in the stores,” Haven said. “Our customer count is probably 50 percent of what it was.”

Meanwhile, Daily Dose isn’t the only business trying to adapt to a new normal.

At Wicked Wort Brewing Company in Robbinsdale, they can’t seat customers on site while the governor’s executive order is in place, so they started opening four hours earlier to sell beer via takeout to their loyal base of customers.

“The community has been super supportive,” said Amanda Carlyle, the CFO and general manager of Wicked Wort. “When they come downtown to pick up their takeout food, they’ll stop in and get a growler or a crowler to go.” 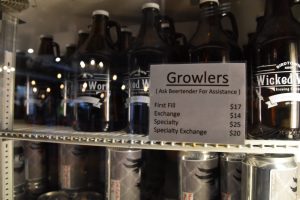 This system will continue until March 27 at 5 p.m., unless the governor decides to extend the temporary closure of bars and restaurants.

While Wicked Wort has certainly gotten support from the community, the take-out business model can only go so far. Carlyle says they’ve had to lay off most of their staff this week.

“We definitely have a lot of support, but there’s only so long this will be able to go, you know what I mean?” she said. “If it’s extended further, then people are going to have to choose — beer or a loaf of bread?” 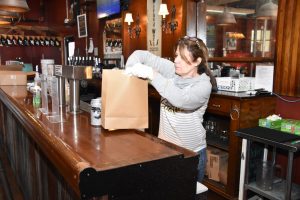 In Brooklyn Park, another small business hopes for a quick end to the take-out order model.

‘Our sales are cut in half right now’

Down the Street Nutrition in Brooklyn Park serves more than 80 flavors of smoothies and 20 metabolism-boosting drinks. To comply with the governor’s executive order, they’re asking customers to order drinks via text for curbside pickup or delivery within a five-mile radius. In some cases, staff members deliver the curbside pickup orders via rollerblade (see video below).

“Our sales are cut in half right now, which is a little nerve-racking,” said Jami Frey, owner of Down the Street Nutrition. “And I’ve talked to other small businesses around us in Brooklyn Park and they’re feeling the same. Our businesses have been cut in half.”

Yet while her business has been cut in half, Frey still believes the governor’s decision to close bars and restaurants to limit the spread of COVID-19 and was correct.

“The first couple days we were given notice to stay home, nobody was staying home,” Frey said. “Restaurants, bars, everybody was packed. Nobody was keeping their social distance, even though that’s what they were recommended to do. If they want us to take it serious, there’s got to be seriousness behind it, and that’s what they did.”

In the meantime, Frey and other small business owners are trying to stay optimistic as they continue to serve their customers to the best of their ability. 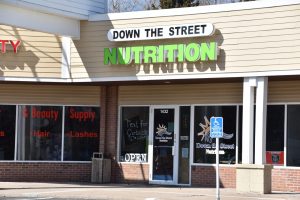 “When the ban gets lifted for restaurants, I know the community is going to come back together and we’ll be able to bounce back,” she said. “Now, if you tell me that we’re out of business for six months, that may be a little bit different story. But if we’re talking a couple weeks, I think we can figure that out.”