The Wayzata girls’ soccer team saw its hopes for a state championship dashed with a 3-2 loss to Mounds View in the Class 3A quarterfinals.

The match was tied 2-2 through regulation and overtime. The Mustangs then beat the Trojans 2-1 in penalty kicks to advance to next week’s semifinals.

Mounds View’s Yasmeen Abed was credited with the first goal of the match on a deflected shot giving the Mustangs a 1-0 halftime lead.

Wayzata countered in the second half with goals from Amya Conway and Lily Nayer, whose goal put the Trojans ahead 2-1 with under 11 minutes to play in regulation.

But the Mustangs tied the match on Emily Johnson’s free kick in the final four minutes of the second half.

Tied 1-1 on the sixth penalty kick of the shootout, Mounds View’s Amelia Gregory scored to give Mounds View the win.

Wayzata, top-ranked in Class 3A, finishes the season with a 17-1-1 record while Mounds View advances to next week’s semifinals. 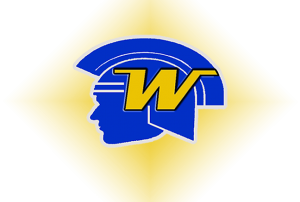